To imagine is to create future societies: Robotronica 2019

A world-leader in the avant-garde use of robotics to create large-scale art installations and choreographed dance productions will present the Australian premiere of a new work – Repeat - he describes a dance for the fourth industrial revolution. Repeat will have its Australian premiere at Robotronica 2019

Professor Louis-Philippe Demers, Director of QUT’s Creative Lab, is recognised as a master of machine art. Robotronica will feature the first survey of his work to be seen in Australia.

Repeat, which will have two performances in the QUT Gardens Theatre Rehearsal Studio on the day, taps into the growing fear or discomfort in relation to humans and robots working together.

Created by Professor Demers in partnership with Dr Stephanie Hutchison, a choreographer, performer and artist-researcher at QUT, it shifts the performing body of the assembly line into the performing body onstage, unceasingly carrying out its tasks. The dancers are fitted with industrial exoskeletons that are used in industry to allow workers to carry out heavier tasks while protecting their human bodies.

“Repeat is symbolic of a future in which humans and machines become one as a worker. The next wave of robotics in the workplace will see us collaborating with them,” said Professor Demers. Blind Robot (pictured above) is an interactive art installation in which participants can allow mechanical arms gently explore their face. It explores the intellectual, emotional and physical reactions that occur when a social robot intimately touches a person.

“With robots increasingly being used in public health, aged care, education and other situations involving close contact with people, we as humans are going to have to adapt to the intimacy that will develop between us and the machines,” said Professor Demers.

Inferno invites its audience to take part in a cyborg dance party. As a mesmerising soundtrack by Bill Vorn pumps out, a select group of adults can don robotic exoskeleton suits that control their movements and gain an understanding of what it means to surrender to human-robotic symbiotic relationships. In The Cellar, Old Government House, meanwhile, Area V5 (pictured below) is an installation with a nod to the Mona Lisa school of art in that the eyes – many of them – follow you around the room in a gaze that has the ability to enhance man-machine relations via a non-verbal dialogue. 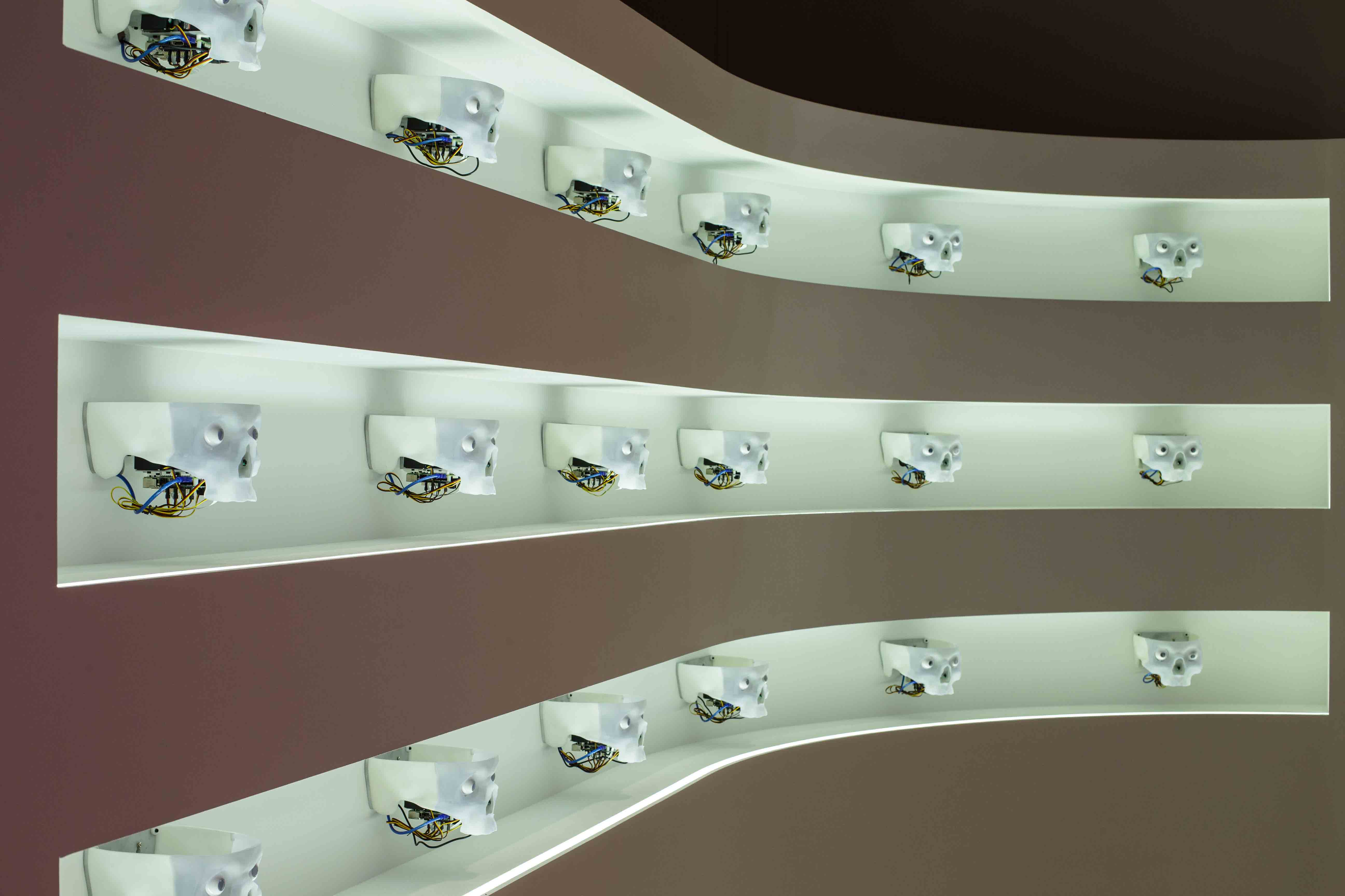 “The artists - Katrin Hochschuh & Adam Donovan – are making a particular comment on emotion recognition and face tracking, both of which are used to collect data every time you use a smartphone application.”

Mr Parsons added that in another Australian first, Jim Whiting will show of his iconic Catwalk Woman and Justine Emard’s evocative video installation Co(AI)xistence will explore the interaction between two different intelligences - human and machine. A number of talks on the day include Mechatronic Creations: In Conversation with Jim Whiting & Louis-Philippe Demers. The two internationally acclaimed artists will discuss their work and expound on the often direct link between the imaginings of artists and scientific inventions.

Do you have a question about one of our courses? Ask QUT Chatbot now