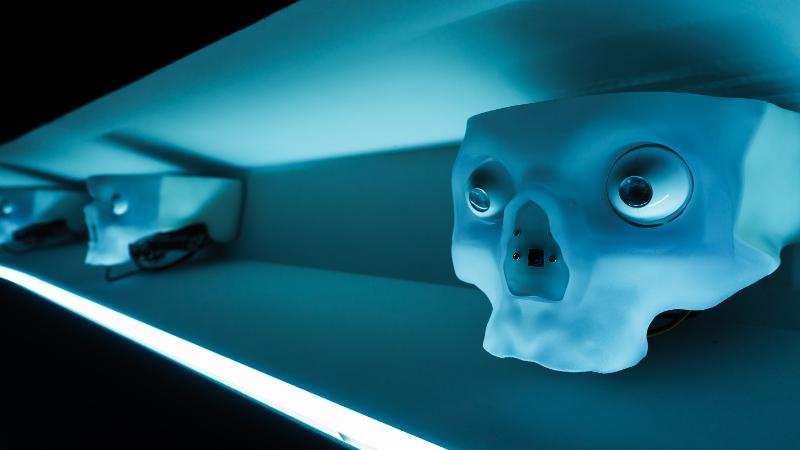 The Cellar (entry via The Courtyard)
Old Government House

This installation invites the viewer to experiment and establish a non-verbal dialogue with an array of disembodied gazing eyes. An impotent machine which is forced to think, in silence, about the world lying under its multiple glances.

The title of the work refers to the visual area V5, a region of the extrastriate visual cortex that is thought to play a major role in the perception of motion, integration of local motion signals into global percepts, and the guidance of specific eye movements.

In this work, Louis-Philippe explores the confluences between the gaze as a non-verbal dialogue facilitating communication between humans and machines and the gaze in the theatre from audience and performers that opens competing perceptual configurations.

The mutuality of the gaze, set in train as a strictly positive "mechanism" to enhance man-machine relations, immediately becomes a field of phenomenal interrogation: are eye movements simple reflexes, a common attempt to communicate, a judgement about what unfolds in front of them or a mirror of the machine performer's "soul"? The Artificial Intelligence here is not one of competence but one of contextual interpretation.