How COVID all but killed the Australian CBD 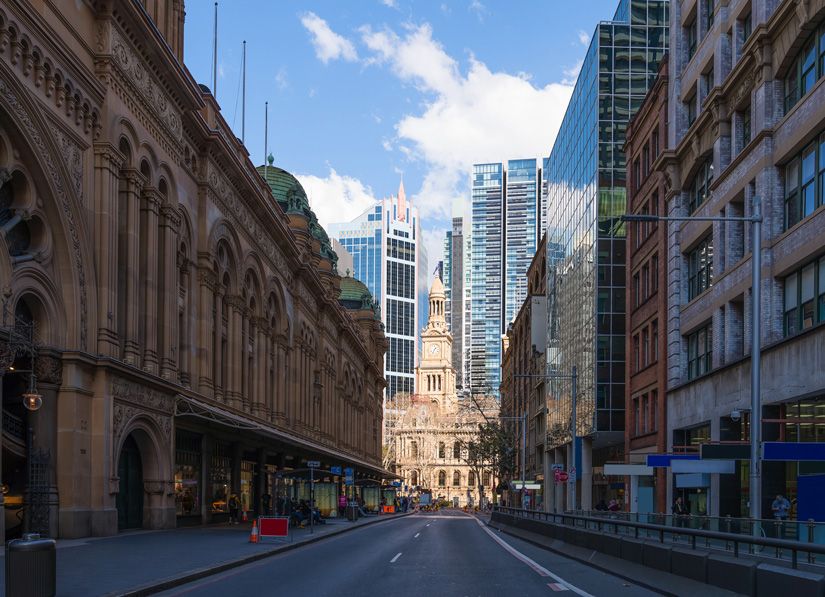 The central business district has historically been the beating heart of metropolitan regions across Australia. The polished glass and steel high-rise offices, hotels and apartment complexes stand as monuments to architectural, construction, engineering and, of course, economic success.

CBD-based workers and visitors, plus increasing residential densities, have played a major role in sustaining the diversity and vibrancy of retailing in our capital cities. The COVID-19 pandemic has changed that. The impacts on CBDs across Australia’s capital cities have been devastating.

We explore these impacts city by city in this article. In a second article, we consider the implications of the loss of CBD activity for our cities.

In urban planning terms, CBDs have long stood at the apex of the activity centre hierarchy. They are key nodes of employment and consumption for the services, hospitality and retail sectors. Most CBD workers and shoppers travel from middle and outer suburbs.

Globally, however, the retail sector has experienced profound changes over the past 5-10 years. The result is so-called “dead malls” in the US and the “death” of the high street in the UK.

In Australia, CBD-based retailing has been on life support for most of 2020. At times Australian CBDs, especially Melbourne, and some shopping centres have resembled ghost towns.

For the two weeks from February 15-29, average visitor numbers to retail/recreation places across all major capital cities were above their baselines. Adelaide led the way with numbers up by 23.2%. Melbourne (8.5%) and Sydney (5.8%) were performing relatively well. Brisbane’s footfall was up by only 0.7%; below the national average of 1.3%.

Adelaide’s numbers were 56% and 50% above the city baseline on February 29 and March 7. Two factors explain this: the Adelaide Festival was on; and March 6-9 was a long weekend public holiday in South Australia.

The arrival of COVID-19 in late February and government responses had a dramatic impact on visitors to retail/recreation places across all capital cities. CBD-dominant local government areas (LGAs) – Adelaide, Melbourne, Perth and Sydney – were more badly affected than Hobart and Brisbane whose metropolitan regions are defined by a single LGA.

As can be seen below, visitor numbers began to decline in early March. Perth’s numbers fell by 42% on March 2. A week later,  March 9, numbers in Brisbane, Melbourne and Hobart fell by 10%, 19% and 34% respectively. Sydney experienced its first double-digit decline (19%) on March 14.

From mid-March the numbers went into free fall across all state capitals.

Nationally, retail/recreation visitors were down 76% by April 10. CBD-dominant LGAs were even more dramatically affected. Perth was down by 95%. Melbourne, Adelaide and Hobart were close behind at -93%, -92% and -90% respectively. Brisbane (down 80%) was the least affected capital city.

All these capitals began to experience a rebound in visitor numbers from mid-April through to late July. Brisbane led the way as numbers climbed back to their highest levels, 3% below its baseline, on July 19. Perth was 12% below baseline on the same day.

The return of retail/recreation visitors in Sydney has been a slow, bumpy process and lagged well behind the national trend. The city’s best visitor numbers for the April-July period were on July 4 with  -32%. Sydney did not surpass these numbers until October 4 when visitors were 30% below its baseline.

Melbourne’s best day since its low of -95% on April 10 was June 20 when footfall was down by 53%. The second lockdown in early August sent Melbourne’s visitor numbers plummeting again, to -90% on August 22. As of October 16, the city had made a small recovery with numbers down by 85%.

Read more: Cars rule as coronavirus shakes up travel trends in our cities

‘Localism’ on the rise

As a result of many people, especially casuals, losing their jobs and large numbers of office-based CBD workers working from home, the suburbs have emerged as the dominant space of retail/recreation activity in metropolitan Australia.

The data clearly show retail/recreation numbers in outer-suburban LGAs were much less affected than CBD-dominant LGAs. In other words, a new sense of “localism” has emerged.

The table below provides an overview of the changes (average, median, minimum and maximum) in visitors to retail/recreation places nationally and for 30 LGAs from across the capital city metropolitan regions from February 15 to October 16.

Nationally, numbers were down almost 20% on average, with a low of -76% on April 10. Nineteen LGAs performed above the national average. Most of these were traditional outer-suburban LGAs in Adelaide, Perth and Sydney.

Unsurprisingly, average visitor numbers in Melbourne’s outer suburban LGAs were well below the national trend. But so too were numbers for the Gold Coast (-22.45%) and Parramatta (-24.16%), Sydney’s so-called second CBD.

The charts below provide detailed overviews of daily trends for CBD-based and outer-suburban LGAs across Adelaide, Melbourne, Perth and Sydney.

Overall trends in CBD and outer-suburban LGAs across the state capitals have followed similar trajectories. However the fall in numbers has been much more severe in CBD-dominant LGAs, while recovery has been more rapid in outer suburban LGAs.

Perth and Adelaide have fared better than Australia’s two powerhouse CBDs – Sydney and Melbourne. This is largely due to a combination of factors including: more effective management of COVID-19; smaller and less dense populations; and fewer international and interstate visitors.

The rebounds in Adelaide and Perth, albeit still below baseline, and the upcoming Christmas shopping period offer a glimmer of hope for CBD retailers in Sydney and Melbourne.

Now that the hard lockdown in Melbourne has ended, we are likely to see an immediate rebound in visitor numbers. However, given how low numbers have fallen, a return to “normality” – a dominant CBD – seems a long way off.

CBD retailers will likely continue to endure the legacy impacts of COVID-19 when this pandemic eventually passes. And they face wider structural challenges from within the wider retail sector, which we discuss in our second article.