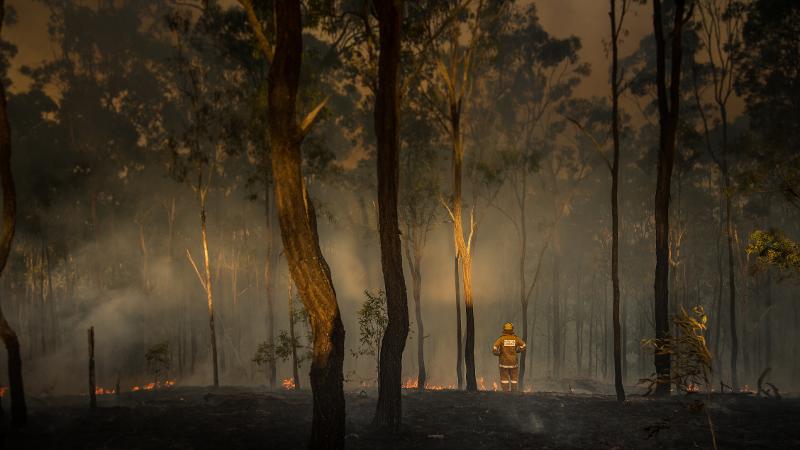 These and more questions will be on the table at an important forum at QUT this Friday addressing Australia’s catastrophic fire season.

The nation’s deadly and ongoing bushfire crisis has made headlines around the world, created heartache for tens of thousands of people and caused a political storm.

They’ve resulted in the death of at least 32 people and an estimated one billion animals, destroyed more than 2500 homes and businesses and decimated well over 12 million hectares of land.

A panel of QUT academics with expertise in a wide range of bushfire-related research, including health, crisis communication, building design, social media and business, will gather in an effort to find answers and make sense of the national disaster.

Clearing the air: making sense of Australia's bushfire crisis is a special QUT Institute for Future Environments (IFE) Grand Challenge Future Forum. Members of the public can register for a livestream of the event and submit questions before and during the discussion.

“The toll on communities from these fires in most states of Australia will be felt at every level for years to come as the struggle to rebuild begins,” said IFE Executive Director Professor Kerrie Wilson.

“The shock and pain being felt by people is exacerbated by fierce debates on why this bushfire season has been so severe and why it started so early. Building codes, community preparedness, fire management practices, and government resources and support have all been up for discussion, in an often divisive and politically charged fashion. Misinformation is everywhere.

“Chaired by Professor Vivienne Tippett, who leads the Communication and Warnings cluster in the BNHCRC, the forum will try to bust some myths and clarify what the bushfires will mean for Australia’s natural, built and social environments. We are also inviting people to submit questions on the day and beforehand, as well as join the livestream.”

Professor Tippett, from QUT’s School of Clinical Studies in the Faculty of Health, was among a group of BNHCRC researchers who last year received a national award for improving life-saving public warnings about bushfires, floods and other devastating natural hazards.

The “Warnings that save lives” project focussed on effective public warnings, such as text message alerts and official warnings on emergency services sites and social media.

A/Professor Mehta was honoured last year in the Australian Awards for University Teaching for her work creating crisis simulations that leverage uncertainty and help business leaders and students make and communicate decisions to inspire trust. Her previous research has found only one in five small businesses had business continuity plans for natural disasters, and only 37 per cent of people in general had planned what they would do in the event of fire or flood.

Dr Weir is a founding member of the Bushfire Building Council of Australia. He is a passionate advocate of economically viable house design able to respond to bushfire threats.

His analysis found tweets with the hashtag #ArsonEmergency were coming from a "much higher" proportion of bot-like or troll-like accounts than those with more general bushfire-related hashtags such as #BushfireAustralia or #AustraliaFire.