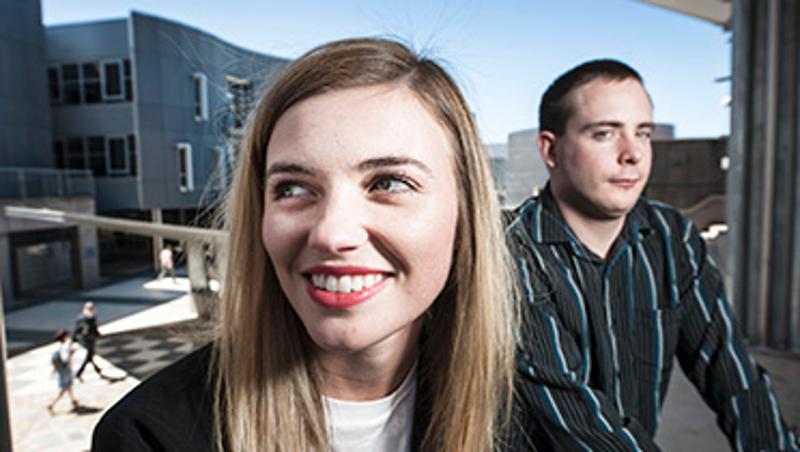 The web platform uses unique algorithms based on academically rigorous methodologies created by QUT's Social Media Research Group, the first team in the world to comprehensively map the global and Australian twitterspheres.

"This service gives organisations a much deeper level of insight than the usual hashtag searches and 'like' counts," said co-developer Dr Darryl Woodford, a research fellow in the Creative Industries Faculty.

"The platform builds on the sophisticated metrics we've already developed and published, but takes those analysis tools to the next level.

"While the platform gives users all the basics, our primary focus is on delivering innovative, next-generation analytics that allow an organisation to far better understand its audience and the way they engage with the brand.

"We want to move the analytics discussion beyond counts such as likes, favourites and retweets into prompting action based on real-time content and metrics placed in national and industry contexts."

The user can call up various statistics based on keywords they identify, keywords the system identifies as relevant, and location.

Creative Industries Faculty data analyst and co-developer Katie Prowd said, because the platform tracks identified keywords rather than just official hashtags or handles, a larger organisation could use it to monitor key complaints, compliments or themes in social media conversations outside its network.

She said that allowed the organisation to make well-informed decisions about interacting with customers, including creating campaigns and advertising that specifically respond to those issues.

"It's also beneficial for small businesses wanting to identify people outside their current networks who could be potential 'brand ambassadors', or to reward specific customers or influencers," Ms Prowd said.

"It helps them to really understand what content works well and not well, and what topics their users are responding to.

"All businesses can benefit from the intelligence gathered by this service to create meaningful conversations with followers and potential followers simply by listening to the 'important' content and commenters.

"Things that are important could include an influential social media user like a celebrity posting something about your product, or if posts about a particular issue with your company have increased by a certain percentage rate.

"The dashboard visualisations allow users to log in and not only see exactly what is 'trending' or important in their network - it will also prompt the user to act on the most important content, images and text posts being shared."

The service has attracted more than $100,000 in proof-of-concept funding from QUT's innovation arm, qutbluebox, which is now seeking expressions of interest from organisations that would like to trial the product.

"We're quite keen to hear from organisations that represent novel test cases, so we can hone the product and test its capabilities in a range of situations," qutbluebox Director of Innovation and Engagement Brent Watts said.

Organisations interested in an early preview of the product and potential partnerships should contact Michael Evans from qutbluebox on 07 3138 4676 or m.evans@qutbluebox.com.au.