Talking AI to the next generation 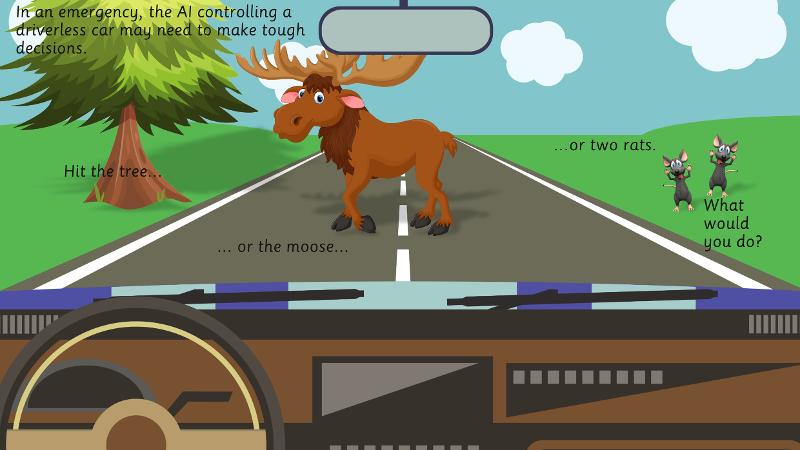 Advances in artificial intelligence are changing our world, but explaining the complicated concepts and science behind AI, particularly to a young audience, is no simple task.

QUT Professor of Robotics Michael Milford has tackled the challenge with The Complete Guide to Artificial Intelligence for Kids, his illustrated guide to introduce primary school-aged children – and maybe their parents and grandparents too – to the transformative technology that is AI.

Professor Milford, from QUT’s Science and Engineering Faculty, has drawn on his extensive experience as a teacher and researcher in robotics, autonomous vehicles and brain-based technology, and from speaking regularly about AI at conferences, workshops, schools and events such as World Science Festival Brisbane.

“The demand for information on and insights into AI is incredible,” he said.

“We’re pretty much doing educational engagement on AI on a weekly basis with every sector of society: transport, infrastructure, finance, government, high schools and the public.”

Professor Milford also found some special inspiration for the project at home.

“My five-year-old son kept asking me what I did at work,” he said. “So I’ve been explaining robotics and AI to him. All the key concepts, like how AI learns, how it feeds on data, and what good and bad effects it could have on society.

“AI involves advanced concepts from many fields including mathematics, computing, statistics, machine learning and neuroscience, so finding a way to explain that to kids is not easy.”

Professor Milford looked for explanatory books and videos to give his son, but found most were targeted at older children, or at coding rather than AI.

“It was apparent that there isn’t much around for younger kids, and that’s what this AI guide is about,” he said.

“One of the keys to making it accessible to kids was to simplify complex concepts without removing the core meaning.

“We’ve done this in a variety of ways, like comparing training AI to training a dog, and using real-life examples of the decisions AI needs to make when controlling a driverless car.”

With this project Professor Milford is building on his previous work to boost awareness of STEM (science, technology, engineering, and mathematics).

Supported by the AMP Foundation, he has sent nearly 2000 math-filled novels and study guides to more than 180 high schools around Australia, and last year through a successful Kickstarter campaign his early childhood STEM Storybook collection of illustrated stories was sent to supporters around Australia and in nine other countries.

The Complete Guide to Artificial Intelligence for Kids is also a Kickstarter project with a funding goal of $3000 to cover production costs.

“Our focus has particularly been on making the guide affordable,” Professor Milford said. “We’ve gone with a full-colour, 50-page mini-booklet rather than a more expensive hardcover book, so we can get the price down to as little as $1 per guide.”