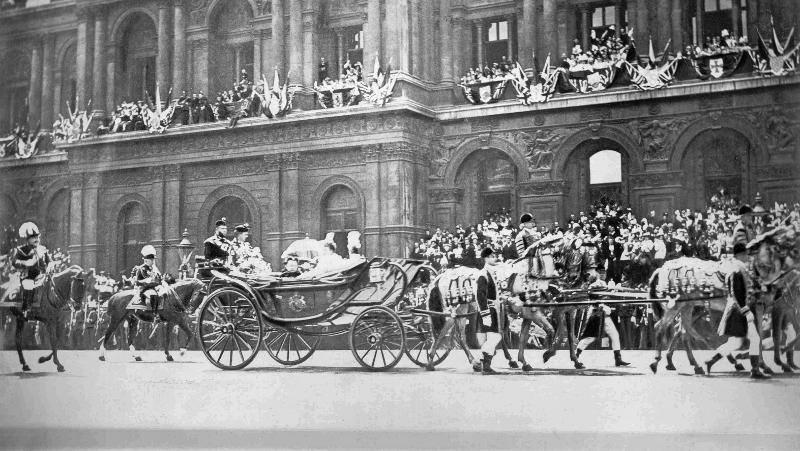 Now, a selection of digitised images taken and collected by Robert Augustus Henry L’Estrange (1858-1941), along with his photographic equipment, lantern slides, books and glass plates  can be viewed through QUT as part of the month-long Australian Heritage Festival which starts on 18 April, 2021.

Traversing the Globe: the L’Estrange photographic legacy runs on site, R Block Level 2 and Level 4 E Block Level 1 Data Wall and online  from Monday May 10 to Saturday May 15 (8am-1pm) at QUT’s Kelvin Grove campus and gives an extraordinary glimpse into places and a past that in some cases have been lost both in Queensland and around the world, all captured by the amateur photographer/collector.

Born in Dublin, Ireland, L’Estrange was an inveterate traveller and had a colourful career before and after emigrating to Queensland in the 1880s. He was a Captain in the Irish Army, surveyor in Africa and then in Cooktown, Qld before becoming the overseer of a sugar mill in Beenleigh, a bailiff at Beechmont and a farmer at Upper Coomera. In 1892 he returned to Ireland and became a hothouse gardener at an Kilternan Abbey, followed by a stint in real estate in Bournemouth, England, then a turn working on a ranch and in an orange orchard in California, USA.

Documenting his global travels and family through the camera lens all the while, L’Estrange settled back in Brisbane in 1904 and built a house at Red Hill.  From 1904 to his retirement in 1927, he worked as a public relations and company photographer for his more well-known younger brother William Manderville Ellis L’Estrange, a director of the City Electric Light Company.

Curator of the exhibition and QUT Digital Collections Librarian Jill Rogers said the granddaughter of L’Estrange, Patricia Hemsley, donated some of his photographic hardware including a camera, developing equipment, books, prints and some glass plates/lantern slides to the then QUT photographer in the 1990s.

“Mrs Hemsley gave us approximately 300 items including 150 photographic prints taken by her grandfather and others,” said Ms Rogers.

“The collection was then boosted by a further donation in 2016 from QUT Alumnus David Hemsley, a great grandson of Mr L’Estrange. He generously gifted QUT Library another 1200 original glass plates/lantern slides and ephemera which had been digitised by family friend and photographer Michael Stephenson.

“A highlight of the digital collection is the digitised glass plates and accompanying Queen Victoria diary entries from her visit to Dublin in April 1900, all of which can be viewed here.

“He captured the essence of his era; his time and place in history when photography was still a new artform and as far removed from the insta-photo world we live in today.  He did hand-colour his own lantern slides and glass plates and in some instances would have taken ‘selfies’.”

Ms Rogers said Traversing the Globe: the L’Estrange photographic legacy encompasses a digital presentation along with a traditional exhibition of never before displayed images to engage new audiences across the world.

Around one tenth of the digitised items will be featured as an interactive display on the Data Wall, E Block, Kelvin Grove, QUT campus from 8am-1pm, May 10-15, 2021.

In addition, original hardware including the camera, glass plates, lantern slides, some books and journals will be on display on Level 2 and Level 4 of R Block (Library), Kelvin Grove, QUT Campus.

“When the Australian Heritage Festival finishes, the entire L’Estrange collection will remain available for viewing through the QUT Digital Collections/QUT Alumni Donations site,” she said.

“We expect a lot of local and international attention from people with an interest in in visual cultural history and photographic techniques of the time.”

More information is available at: Traversing the Globe: the L’Estrange photographic legacy and Exhibition background poster.