High social capital, strong communities and an age-old community-based system of justice mark the unique features of how people in the Torres Strait region have traditionally and continue to deal with crimes and misdemeanours. 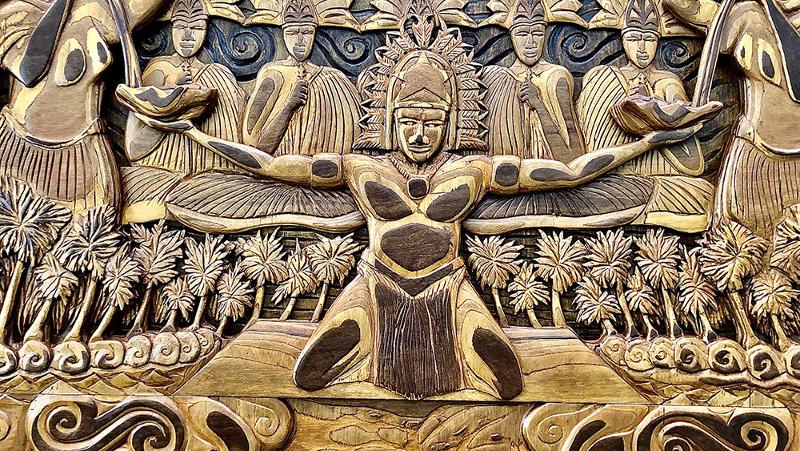 QUT School of Justice head Professor John Scott and colleagues have researched and written the first comprehensive report on crime and justice in the Torres Strait region for the Australian Government.

Professor Scott said the multi-layered, ‘organic’ justice system produced better outcomes in some types of crime and solutions to societal problems that could be used elsewhere.

“Our research suggests that the widely spread geography of the Torres Strait region (TSR) reinforced cultural homogeneity and made the islands relatively resistant to colonial incursions,” Professor Scott said.

“This extends to the present day, as the TSR enjoys a greater level of autonomy and self-governance than other Indigenous communities.

“The region’s social capital springs from the interdependency of the islands’ familial and kinship networks. In addition, natural surveillance and adherence to cultural tradition encourages compliance with local norms.

“Thus, patterns of crime and control in the region make it distinct from other discrete and remote Indigenous communities and more comparable to tight-knit and culturally homogenous places in Australia, such as rural townships.”

Professor Scott said the average rate of reported offences against the person in the TSR was lower overall between 2001 and 2018 when compared with Queensland’s Aboriginal communities, though higher than for the whole of Queensland.

“Participants universally considered domestic and family violence (DFV) to be the most serious criminal justice issue in the region,” he said.

“Many participants linked DFV and other assaults to alcohol use exacerbated by displacement and unemployment that caused rage and frustration and led to DFV.

“Female participants reported patriarchal norms also encouraged DFV. ‘Shame culture’ could constrain reporting of DFV due to island norms that hold it is best dealt with through informal and private forms of social control.”

The report, “Crime, justice and social capital in the Torres Strait region”, published by the Australian Institute of Criminology, detailed community justice groups, the use of cultural mediation.

TSR community justice groups are distinct from those found in other areas in that they are involved in leading cultural mediation.

“These groups are made up of Elders who provide support to both victims and defendants. The Elders provide the court with individuals’, community and cultural background and information,” Professor Scott said.

“These groups were reported to make police more inclined to appreciate the local cultural context and also maintain ‘cultural respect’ for the police in that community.

“A strong and unique aspect of the island court process is cultural mediation for minor wrongdoing.

“This process can involve community justice groups, other Elders and community leaders, and is considered particularly appropriate for intra family disputes because it aims to resolve grudges whereas a court process is seen as a short-term fix.

“If mediation is successful a charge can be withdrawn.  The practice is thought to be most effective when a perpetrator is made accountable to their victim.”

“Here, too, the Elders sit in the Court and ‘make a big difference’, according to study interviewees, to community participation in the process and justice outcomes,” he said.

“Their presence invokes the ‘shame factor’ of the culture which enforces informal community social controls because offenders are visible to the Elders and their community.

“The magistrates invite the Elders to sit on the bench with them and are referred to in matters regarding a person’s history, island protocols and island culture and customs.”

A further unique component of the system are TSI police support officers whose role is to build trust and rapport between police and communities.

“Non-sworn officers, they are the frontline of policing especially on the outer islands,” Professor Scott said.

“Other social services rely on the police support officer to locate clients and they have a role in reporting on probation and parole.

“However, some study participants, also noted that being embedded in the community could prevent police support officers from dealing with serious and minor matters and constrain their response to those involving family and close kin.”