Soft-robotics could be used in the future to ‘train’ tissue-engineered vascular grafts to function like real vessels as soon as they are implanted into patients, potentially saving the recipient from multiple surgeries or worse, amputation. 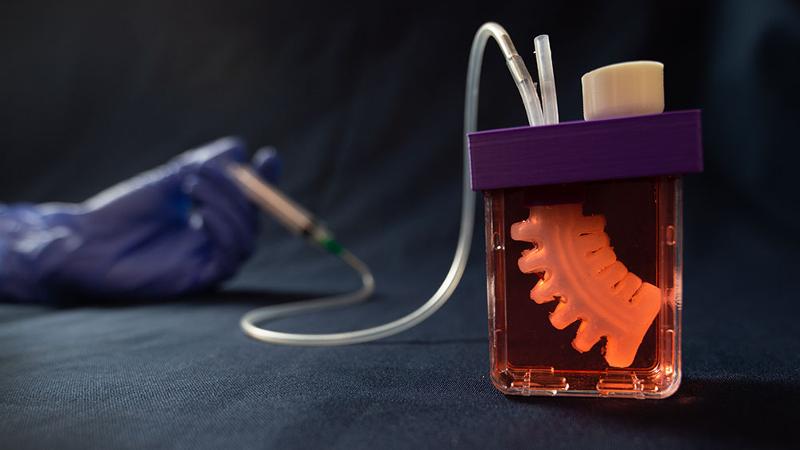 A QUT team of scientists and engineers from the Biofabrication and Tissue Morphology group won the inaugural Bionics Queensland Grand Challenge in the bionic mobility category.

The team has been awarded $50,000 and close mentorship to aid in making their innovation a reality which could potentially help people suffering from peripheral artery disease worldwide.

“Thirty per cent of patients with the advanced form of PAD undergo an amputation within the first year after diagnosis,” Mr Brooks-Richards said.

“The treatment of choice for advanced PAD is bypass-grafting. Currently, clinicians have two main options for vascular grafts: graft a blood vessel, usually a vein from the patients’ tissue (an autograft) to bypass the artery blockage or use synthetic vascular grafts, which do not dissolve.

“Each has its problems. An autograft requires multiple surgeries and is not a viable option for 40 per cent of patients due to advanced systemic disease.

“Almost 60 per cent of synthetic vessel grafts become blocked within five years, and require revision surgeries, raising the risk of amputation or death and because they are permanent foreign objects in the body they cannot match the mechanical and biological properties of the host artery thus triggering clotting, infection and re-blockage of the vessel.”

The femoropopliteal artery is the most common site for PAD. It is the artery that runs behind the knee and is subjected to a range of extreme contortions during everyday movement, such as walking and sitting and therefore it needs to be flexible and durable. 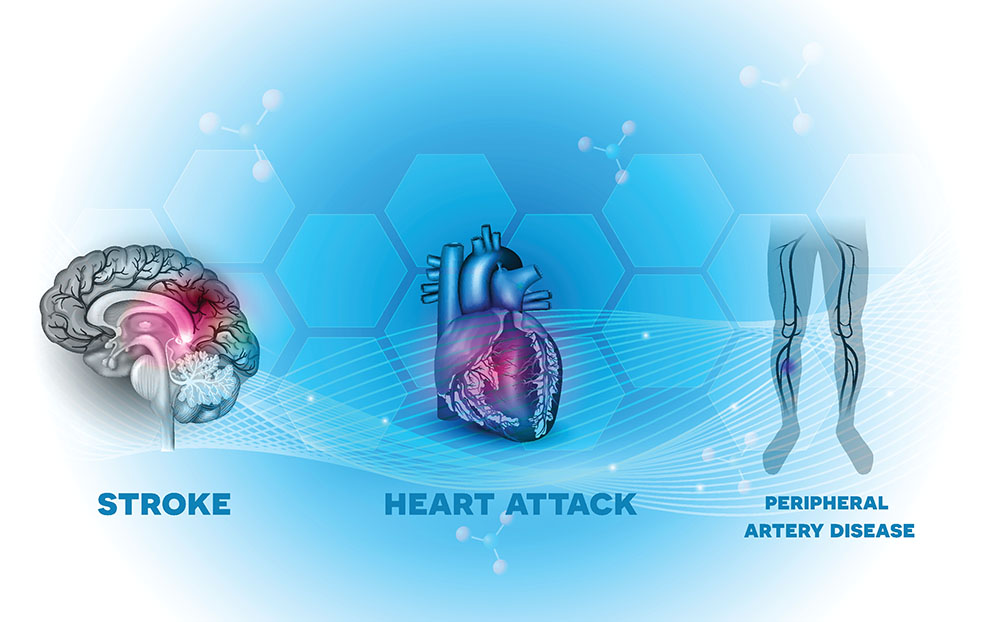 “The tissue-engineered vascular graft (TEVGs) we are working on will cope with these characteristic bending stresses and strains because their tissue will be trained with mechanical stimuli by a soft robotic device while it is growing on the scaffold in the bioreactor,” Mr Brooks-Richards said.

“Soft robotics is a system which uses soft materials moved by air or liquid in ways similar to animals like the octopus.

“Our TEVGs are being stimulated by these soft robots with mechanical forces analogous to those present in our arteries, potentially training the cells to behave as they should prior to implantation.”

Mr Brooks-Richards said the team’s solution was designed to regenerate damaged arteries by growing new arterial tissue in the laboratory with the patient’s own cells attached to a bioresorbable scaffold.

“By using the patient’s medical imaging data and advanced 3D modelling and printing techniques it also has the potential to be specific to a patient’s anatomy,” he said.

“Once this TEVG is implanted in the patient, the cells will multiply, mature and join with the existing artery while the scaffold will gradually be absorbed by the body, leaving a renewed segment of artery that is integrated with the existing vessel both at the anatomical and the cellular level.

“Since no foreign object such as a synthetic graft is introduced, a tissue-engineered graft would potentially not cause immune system complications or clotting and could adapt to patients’ needs.”

Mr Brooks-Richards said the team planned to have a proof of concept for their soft robotic device by early 2021, which would further propel the development of TEVGs.

Australian adults who live in regional areas, older Australians, people with low levels of education, and people who are living with a disability are all more likely to use fewer types of media and have a lower media ability, a new national study has found.