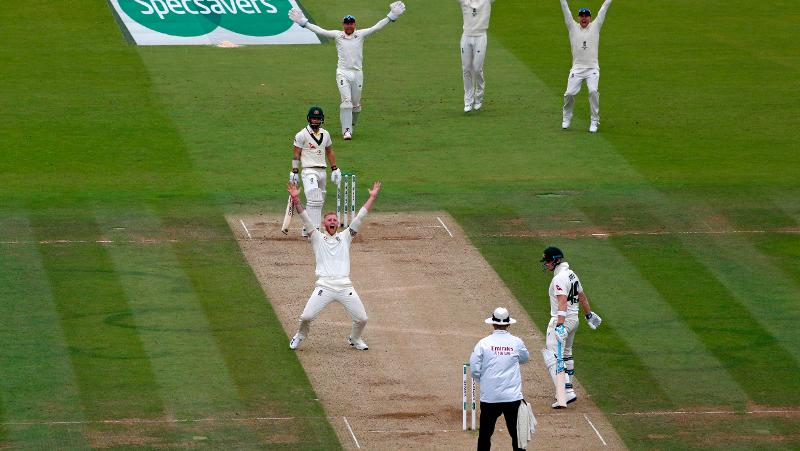 When in doubt, it’s not out: Match format is associated with differences in elite-level cricket umpires’ leg-before-wicket decisions was co-authored by QUT’s Associate Professor Ian Renshaw and Professor Remco Polman, along with Dr Matthew B Thompson (Murdoch) and Associate Professor David L. Mann (Vrije Universiteit Amsterdam).

It can be viewed on the ScienceDirect open access website prior publication in the November issue of Psychology of Sport and Exercise.

As an uncertain cricket season approaches and the men’s T20 World Cup postponed from October/November until next year, administrators of the game are still working out how to pivot and adapt to the COVID-19 sporting landscape.

In the world of Australian cricket, it is certain there will be more T20 matches in both the newly extended Big Bash League and the Women’s Big Bash League. Mr Adie’s research suggests that umpires have some room for improvement for LBW decisions in T20 cricket.

“In professional sport, players and spectators expect referees and umpires to make judgements under pressure with speed and precision. However, judgements can be shaped by a range of contextual factors including crowd noise and home advantage,” said Mr Adie.

“The LBW law requires umpires to adjudicate whether the ball – after hitting the batter – would have gone on to hit the stumps.

“The umpire has to consider where the ball bounced and hit the batter, and did it hit their bat before hitting them, as well make as a predictive judgement as to where the ball would have travelled had it not hit the batter. If all these criteria are met, then the batter can be given ‘out’.

“First though, they must judge whether the ball is a ‘legal’ delivery by determining whether the bowler’s front foot landed. That’s a lot to take in during the ultra-fast pace of a T20 match.”

“The playing conditions of each format shape how players approach the game and present different challenges for umpires,” he said.

“Batters in test cricket take a conservative approach to bat for as long as possible, while those playing T20 cricket typically opt for a more explosive approach to score runs as quickly as possible. Laws, player strategies and crowd sizes differ greatly across all forms of the game, yet the LBW law remains identical.

“Interestingly, we found that umpires’ decision-making behaviour also changed between match types. Viewing the data from Cricket Australia, we found that overall, umpires’ decisions were rated as correct an impressive 98.08% of the time. However, in T20 matches, they had a Hit rate of 86.15 per cent and a False Alarm rate of 2.04 per cent, compared to 96.20% and 0.87% in four-day matches. This meant that umpires were biased to say ‘not out’, especially in T20 which resulted in more errors.

“It could be that the significantly larger crowds and TV audiences in T20 cricket compared to Four-day matches are putting more pressure on umpires to give the batter the ‘benefit of the doubt’ and if that’s the case then future studies could explore their influence in sports officiating.

“Another possibility is that because T20 cricket is heavily focussed on entertainment in the form of explosive batting performances, umpires are being unconsciously more conservative for the sake of continuing entertainment, resulting in more ‘miss’ errors.

“Considering how incorrect decisions can change the outcome of a match, the future career prospects of participants (officials, players and coaches), and have financial repercussions for all, it is vital to know of and eliminate such errors in sports officiating wherever possible.”

Teaching robots to navigate - we built a zoo

QUT researchers built a virtual zoo to test the ability of robots to navigate real-world environments by seeing if it could track down the king of the jungle by using symbols and an abstract map.