Microalgae produces more organic matter for each square metre of land used than any other ‘crop’ or tree. It is abundant and cheap organic matter that could provide new biofuels and basic ingredients for everyday products, using low-energy processes that reduce reliance on fossil fuels. 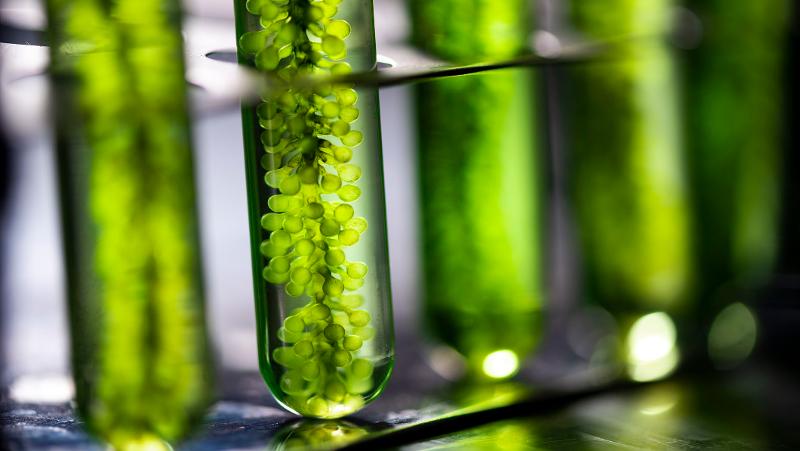 QUT scientists are investigating each stage of harvesting and refining microalgae into biofuel which has the potential to capture high-value by-products such as resins, pharmaceuticals and soil improver along the way. 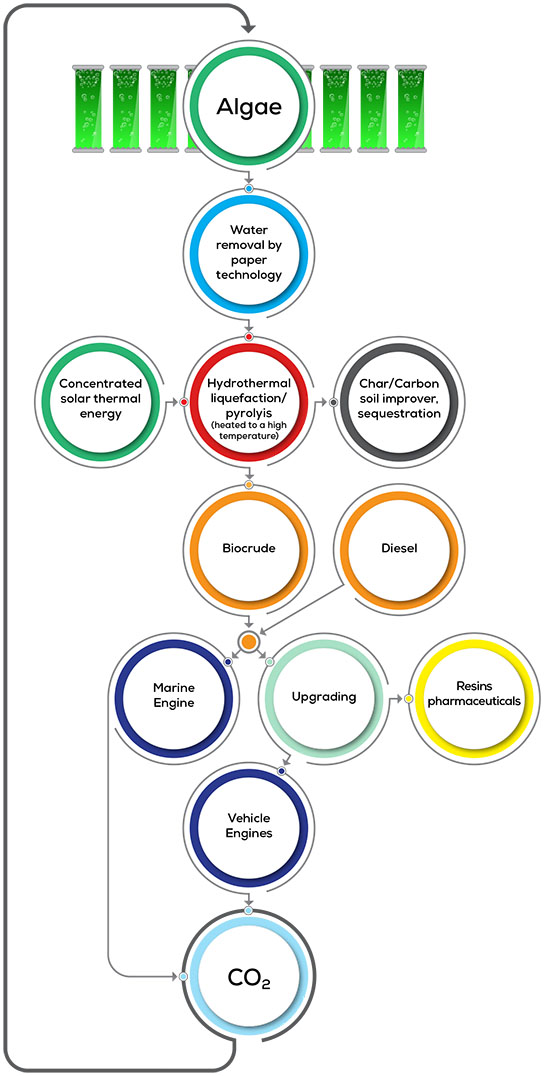 Testing of microalgae biofuel as a 10 per cent and 20 per cent additive to ordinary diesel at QUT’s Biofuel Engine Research Facility (BERF) confirmed the suitability of these fuels for diesel engines.

“Batteries can run small vehicles but for the foreseeable future we will need diesel and biodiesel to run aeroplanes, ships, locomotives and trucks.”

QUT process engineering researcher Dr Tom Rainey said one of the first hurdles in reducing embodied energy in the manufacture of microalgae biofuel was to find a cheaper, energy-efficient way to filter microalgae from the water in which it grows.

“Industrial scale amounts of microalgae can be grown in photo bioreactors which solve the problem of water evaporation,” Dr Rainey said.

“Bioreactors are ‘walls’ of water-filled clear tubes that allow photosynthesis, where microalgae grows with the addition of carbon dioxide.

“One problem our research has overcome is extracting microalgae from water. When these one-cell organisms are in water, they are very dilute – about 99 per cent water and 1 per cent microalgae.

“The traditional two-step extraction method of flocculation and centrifugation is expensive and energy-intensive, plus the energy used to break-up the algae is quite high so some of the algae’s benefits are lost.

“We found a novel one-step way to separate algae from water by adapting a technique from the paper-industry which proved to reduce production energy costs by more than 50 per cent.”

“When it is further treated by hydro thermal liquefaction pyrolysis, it yields both char and biocrude oil which is suitable for marine engines.

“Char is pure carbon that can be used to improve soil or filter impurities from liquids and deodorise unpleasant smells and QUT researchers are working on ways to use solar-assisted energy to perform this process. “Biocrude oil can be separated into many products such as resins for paints and coatings and pharmaceuticals as well as upgraded to the end product, sustainable diesel.

“Low-cost, reduced-energy technologies will lead to lower embedded greenhouse gas emissions and process costs than conventional technologies and this means we get closer to sustainable and clean product of microalgae-based biofuels and materials.”

Microalgae dewatering for biofuels: A comparative techno-economic assessment using single and two-stage technologies was published in the Journal of Cleaner Production.

Factors Affecting Microalgae Production for Biofuels and the Potentials of Chemometric Methods in Assessing and Optimizing Productivity was published in the open-source journal Cells.

A road safety campaign created by QUT advertising students on the dangers of driving while fatigued will be seen across Queensland to help spread the message that getting behind the wheel tired is a risky choice a driver can choose not to take.

A QUT-led project is investigating how smartphones and aggressive marketing are driving growth in sports betting, creating gambling practices that can lead to risk and harm.