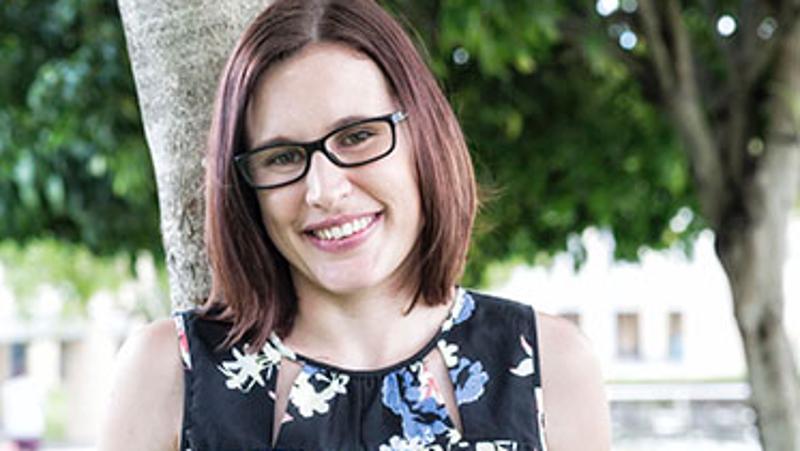 Cassandra Pattinson, a PhD student and her colleagues studied 48 children aged three to five from six Brisbane childcare centres over a two week period, measuring each child's sleep, activity and light exposure along with their height and weight to calculate their BMI.

"We found moderate intensity light exposure earlier in the day was associated with increased body mass index (BMI) while children who received their biggest dose of light - outdoors and indoors - in the afternoon were slimmer," said Ms Pattinson who will present her findings at the ASA Sleep Downunder Conference in Melbourne on 23 October.

"Surprisingly physical activity was not associated with the body mass of the children but sleep timing and light exposure was. This is the first time light has been shown to contribute to weight in children.

"With an estimated 42 million children around the globe under the age of five being classified as overweight or obese, it is a significant breakthrough and a world-first.

"Thanks to artificial lighting, including light given off by tablets, mobile phones, night lights, and television, modern children are exposed to more environmental light than any previous generation. This increase in light exposure has paralleled global increases in obesity."

The research team, from QUT's Institute of Health and Biomedical Innovation, worked with the Centre for Children's Health Research

Ms Pattinson said it is known the timing, intensity and duration of exposure to both artificial and natural light have acute biological effects in mammals.

"The circadian clock - also known as the internal body clock - is largely driven by our exposure to light and the timing of when that happens. It impacts on sleep patterns, weight gain or loss, hormonal changes and our mood," Ms Pattinson said

"Recent research in adults suggests exposure to light later in the day is associated with increased body mass, but no studies had investigated these effects in young children and it turns out it has the opposite effect.

"Factors that impact on obesity include calorie intake, decreased physical activity, short sleep duration, and variable sleep timing. Now light can be added to the mix."

Ms Pattinson said the next step was to figure out how the research can be used in the fight against obesity in children.

"We plan to conduct further studies with pre-schoolers and also infants," she said.

"Animal studies have shown that timing and intensity of light exposure is critical for metabolic functioning and weight status. Our findings suggest that the same applies to us.

"This research suggests that exposure to different types of light at different times now needs to be part of the conversation about the weight of children."