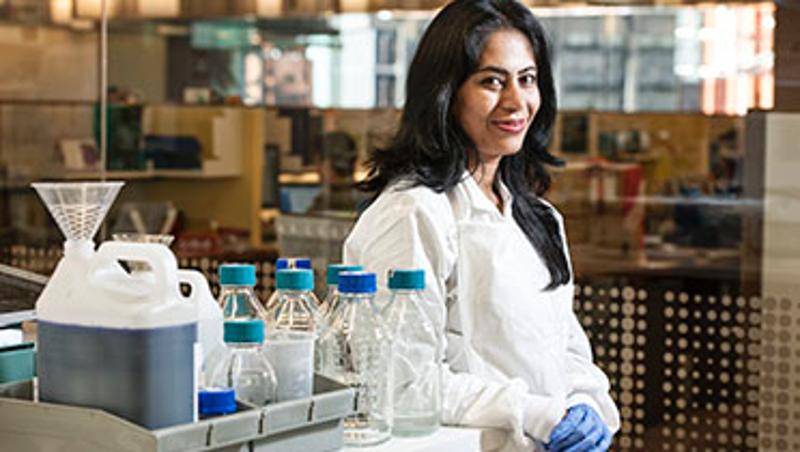 Scientists could soon better predict a man's risk of getting prostate cancer after a worldwide team of researchers carried out the largest-ever analysis of the cancer's genetic biomarkers, reported in Nature Genetics today.

QUT Institute of Health and Biomedical Innovation's Dr Jyotsna Batra and Distinguished Professor Judith Clements, who led the Australian researchers in the large consortia of research hubs around the world, said the teams analysed more than 10 million genetic markers in 80,000 men.

"It's the largest analysis of genetic biomarkers ever done. We found another 23 new prostate cancer risk loci (sites) on the genome in addition to the 76 identified previously," Dr Batra said.

"We now have 100 genetic regions and no other cancer has had this many loci identified to be associated with it. What we are looking for is the combination effect of how these loci work together and how much they can explain the heritability of prostate cancer.

"The indications are that these genetic variants explain 33 per cent of the familial risk of the disease.

"These are low-risk gene variants but what we have learnt is you can't rely on just one gene to predict risk. You have to look at the total of the 100.

"The top one per cent of men with these variants have a 5.7-fold relative risk compared with the population average."
Dr Batra said that, in addition to family history, incorporating information regarding carrier status of these 100 risk variants could be valuable in defining risk levels in targeted screening and prevention programs for prostate cancer.

She said the multi-ethnic analysis of 80,000 individuals with prostate cancer found some risk variants were more common in different ethnic populations.

"The aggressive form is prevalent in Africa and we found some risk genes specific to African populations," she said.

"Of the 23 new variants we found 15 were in men of European ancestry and seven in the multi-ethnic analyses."

"Only 10 per cent of prostate cancers were the aggressive form in the current analysis," she said.

"So far, we haven't identified the loci for the aggressive form of the disease - research is ongoing on this. The next sample set will have more than 100,000 people with prostate cancer," she said.

"Being able to predict the aggressive form before it goes on to spread is a goal of the future research because even after the prostate is removed a few cells can go on to kill the person."

"These large-scale collaborations by researchers using huge datasets from around the world are absolutely reliable and applicable to large populations. We will see more of it in future."