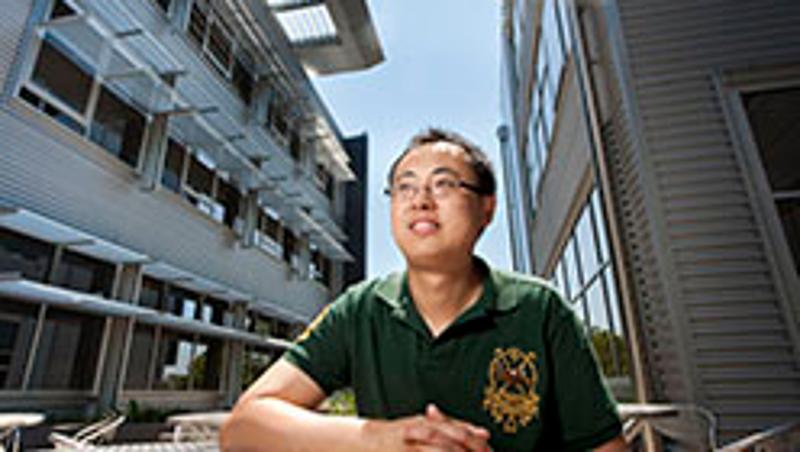 A QUT researcher is predicting suicide rates will rise as a result of climate change after finding a link between high and varied temperatures and people taking their own life.

Researcher Xin Qi, from QUT's Institute of Health and Biomedical Innovation, studied the socioenvironmental drivers of suicide rates in Australia over 20 years and found variations in temperatures coupled with spikes in unemployment were significant risk factors for suicide.

His research, completed as part of his PhD, has helped to pinpoint who and when people might be at higher risk of suicide.

"What we found was that when the difference of the monthly average temperature in the current month compared with the previous one month increased by 1 degree, there was a 3 per cent increase in suicide in Brisbane and Sydney," Dr Qi said.

"For example, when looking at Sydney, if the temperature difference between September and October (2.55 degrees) was 1.5 degrees higher than that between August and September (1.05 degrees), then we saw a 4.5 per cent increase of suicide in October compared with September.

"Based on Australia's climate the high risk seasons for Brisbane and Sydney are spring and early summer, so it is therefore necessary to strengthen current monitoring systems on attempted suicide especially in areas with high unemployment rates.

"As global climate change and financial recession continue, it is vital to develop local interventions to reduce suicidal risk."

"For example a 1 per cent increase in unemployment rate is associated with a 5 per cent risk of higher suicide in Brisbane and Perth," he said.

While Dr Qi's research did not reveal why this occurred, he said previous studies had shown temperature could be attributed to seasonal changes in physiological conditions of the body such as levels of serotonin - which is related to wellness and happiness.

Dr Qi said the study also found there were two significant suicide clusters in Australia - Mornington Shire (northwest of Queensland) and the Bathurst-Melville area (north of the Northern Territory), especially after the mid-1990s.

"We also found some suburbs of Adelaide identified as major clusters in male suicide.

"These areas were low socio-economic areas or with high Indigenous populations."

He said unemployment and temperature change had an interactive effect on suicide.

"Even though Australia has suicide control and prevention plans, few consider the impact of environmental factors in suicide prevention programs," he said.

"There needs to be more attention to the potential of increased suicide risks posed by climate change, especially in vulnerable groups like the unemployed or Indigenous communities."

Dr Qi has completed his PhD through QUT's School of Public Health. His full thesis is available here