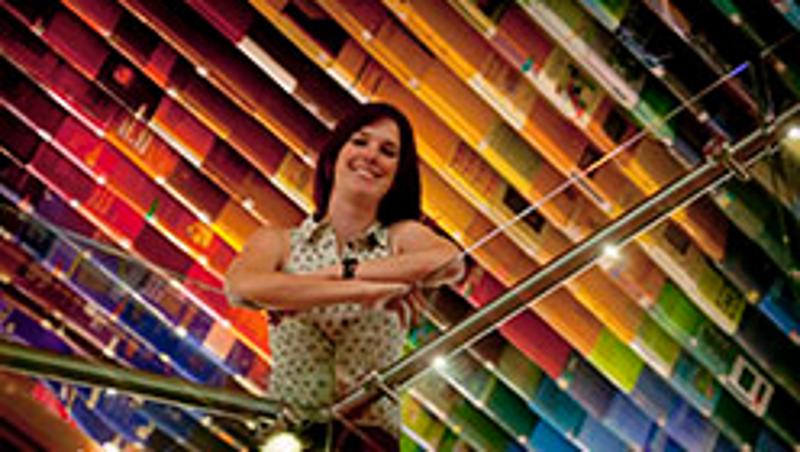 If you can't resist the urge to post about your latest visit to the gym or culinary masterpiece on Facebook, don't worry - you're not alone.

Megan Pozzi from QUT's Faculty of Education, said most digital natives let their followers know exactly what they are feeling or doing as they hit the 'post' button.

Ms Pozzi surveyed students aged between 13 and 14 years of age and rated the way Gen Zs form their identities through social networking and interaction with their peers.

"While you would expect that bullying and attention-seeking would rate highly, they didn't," she said.

"Girls were more than twice as likely as boys to post a status update trying to get others to perceive them as kind, friendly or likeable by using compliments or flattery.

"The least likely strategy employed in status updates was 'exemplification' where participants attempt to present themselves as busy, dedicated or hardworking."

Ms Pozzi said more than three quarters of the 349 students surveyed had their own Facebook profile with almost half of the female respondents saying they check their page more than once a day compared to 28 per cent of males.

"In particular, girls use status updates like they would fashion or music to assert themselves as an authority or as belonging to certain sub-groups," Ms Pozzi said.

"People are performing their identities all the time. Whether we realise it or not we are broadcasting different things to the world depending on who's watching."

And according to the results your Facebook friends notice when you're being a little OTT or sharing TMI.

"Sixty-four per cent of respondents said they either 'always' or 'often' perceived their Facebook friends were trying to get attention in status updates by acting sad, depressed or less intelligent than they really were," Ms Pozzi said.

While the study, All the World Wide Web's a Stage, focussed on five pre-existing self-presentation categories, Ms Pozzi said the results prompted her to invent three new categories: 'proclamation' - stating what one is doing or feeling; 'instigation' - asking questions to start a conversation; and 'provocation' - making statements to offend or agitate others.

"There is a common belief that the way we portray ourselves offline is authentic, while our online identity is somehow fake, but I believe all of these different representations are equally valid."

The results of the masters study will be part of a growing body of research documenting how teenagers use social media to define who they are and better understand how to teach young people both on and offline.