They're almost here: robots are coming for Robotronica 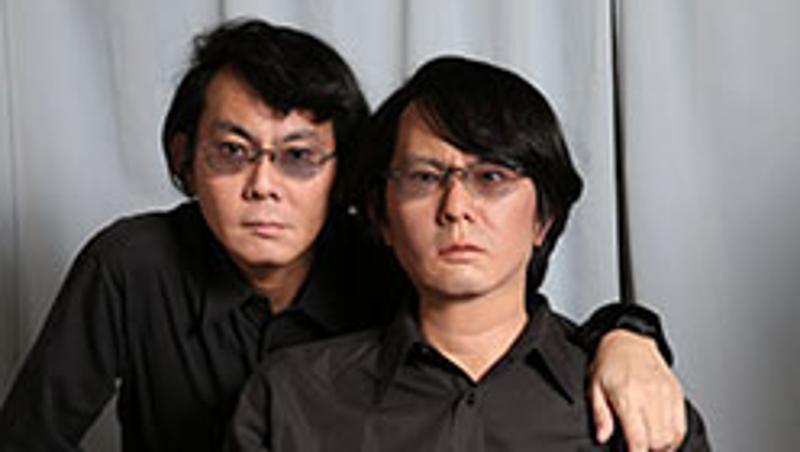 The wait is almost over - some of the world's coolest robots are getting ready to invade QUT this Sunday for Robotronica.

What is Robotronica at QUT?

A gathering of robots from around the globe that fly, walk, glide and talk - August 18

Ars Electronica - 30 flying robots that dance in formation in the night sky from Austria
Geminoid - a robot 'clone' of maker Prof Ishiguro, so life-like it's hard to tell them apart
Diamandini - a beautiful lady-in-white robot from Sydney who will haunt the halls of Old Government House
Naos - four cute dancing humanoid robots
Paro - a baby seal robot

The largest swarm of flying robots ever seen in the Southern Hemisphere will dance in the night sky above QUT's new Science and Engineering Centre in Brisbane next month.

The 30 quadcopter electronic art and design spectacular will be the highlight of Robotronica on Sunday, August 18, a free event that encourages people to learn about and interact with robots from the controversial life-like variety to the downright cute.

"The Spaxels - Quadcopter Swarm captured the London night sky at the promotion of the latest Star Trek movie when they formed the Starfleet insignia," he said.

"These same digital masterminds are planning something equally spectacular and poignant for Australia and in a world robotic first the QUT flying robot, electronic art, music and light art show will be hosted by a Japanese geminoid robot."

Mr Parsons said world renowned robotic scientist Professor Hiroshi Ishiguro had created the geminoid robot identical to himself, and the robot's real-life likeness was sure to spark a reaction from attendees.

"Professor Ishiguro views his research into human-like robotics as a way to more fully understand what it is to be human," he said.

"His geminoid will give our Australian audience an insight into life as a robot by explaining why they are attracted to bit music and why they love dancing.

"The geminoid will introduce a performance by his favourite band 7bit Hero, a Brisbane-based innovative trio who have transformed the way we engage with music by combining it with electronic gaming - so bring your iPhone or iPad so you can download the app and play along.

"Following the electronic gaming frenzy QUTs dancing NAOs, four of the cutest humanoid androids around, will strut their stuff. Professor Ishiguro will also deliver a keynote lecture about his work presented by the Institute of Future Environments."

QUT's head of robotics, Professor Gordon Wyeth said Robotronica was a unique concept that would bring international, national and local robotic experts to QUT to show people the role that robots were playing in their lives now and would play in the future.

"We will be displaying the flying robots developed at QUT's Australian Research Centre for Aerospace Automation that can safely provide live aerial pictures of rapidly changing natural disasters such as bushfires and floods," he said.

"Our prototype agricultural robot - AgBot - is a transformational technology for agriculture that moves away from every larger and more expensive machines, to lightweight low cost machines that are better for productivity and the environment.

"AgBot will be demonstrating its ability to safely navigate along crop rows while intelligently spraying weeds and avoiding damage to the crop."

Mr Parsons said robots were transforming many areas of health care from the training of health professionals to hospitals and aged care.

"The paro has been designed to treat dementia patients and will feature in a panel discussing robots in health care," he said.

"People will be able to meet the receptionist of the future - an Adept GuiaBot - a 60kg one metre robot fitted with lasers, cameras and a touch screen. This robot could be an early version of our future tour guides, night security watchmen and home-helpers as well."

He said our perception of robots, particularly as they became more plentiful and life-like, posed questions about how we will treat them, whether as a family member, friend or slave.

"Christy Dena, Digital Writer-in-Residence at QUT's giant digital screen, the Cube, will ultimately develop a program to enable visitors to the Cube to interact with and feel emotionally connected to robotic characters while Robotronica attendees will be able to get up close and personal with Sydney artist Mari Velonaki's interactive robot Diamandini - an elegant lady who looks more like a floating figurine than a robot.

"She will grace historic Old Government House at QUT's Gardens Point campus but as you enter her space, will she turn towards you and move closer or turn away?"

QUT will be abuzz with robotic demonstrations, discussions and workshops from 11am while the evening drone spectacular will run from 6pm-7pm.

For more information including a full program visit: www.qut.edu.au/robotronica