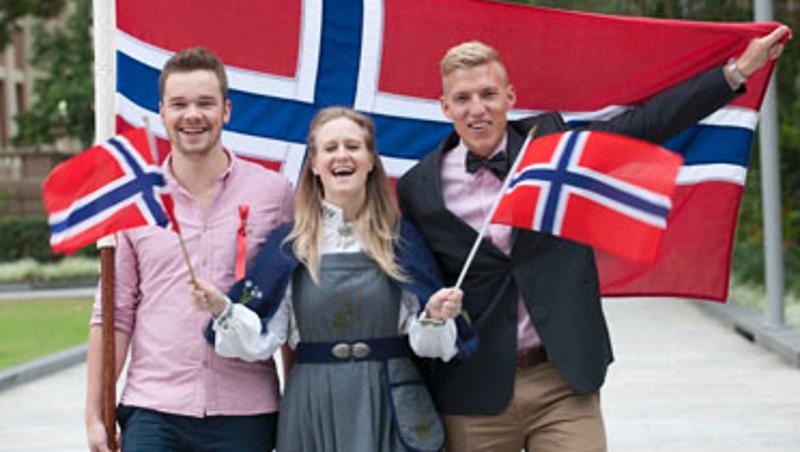 Brisbane's CBD and QUT's Gardens Point campus will host the biggest celebration of Norway Day in the southern hemisphere on Friday (May 17).

An estimated 800 to 1000 people will take part in a colourful march through city streets from 10.30am, with festival celebrations continuing at QUT through the day.

The march and festival for Norwegian Constitution Day has been organised by QUT student club NorSK, which has about 550 members across QUT, UQ and Griffith.

NorSK president and QUT student Thomas Brakstad said the event would include students from the three Brisbane universities, as well as the wider public.

"It's the biggest Norway Day celebration outside Scandinavia and certainly in the southern hemisphere," he said.

"There's going to be buses coming up from the Gold Coast and down from the Sunshine Coast and families and kids and grandparents as well as students.

"We will have a police-escorted parade from 10.30am for an hour. We start at QUT, go down George Street, right at Elizabeth Street, right onto Edward St and back through the Botanic Gardens.

"The most fun part is watching locals' faces on their way to lunch as they think: What is this?!"

The Norway Day festival at QUT will include a choir-led national anthem at 12noon and games for kids and adults.

WHAT: Norway Day march and festival
WHEN: 9am onwards (parade at 10.30am), Friday, May 17
WHERE: Kidney Lawn, QUT Gardens Point campus & CBD
WHO: QUT NorSK student organisation & general public