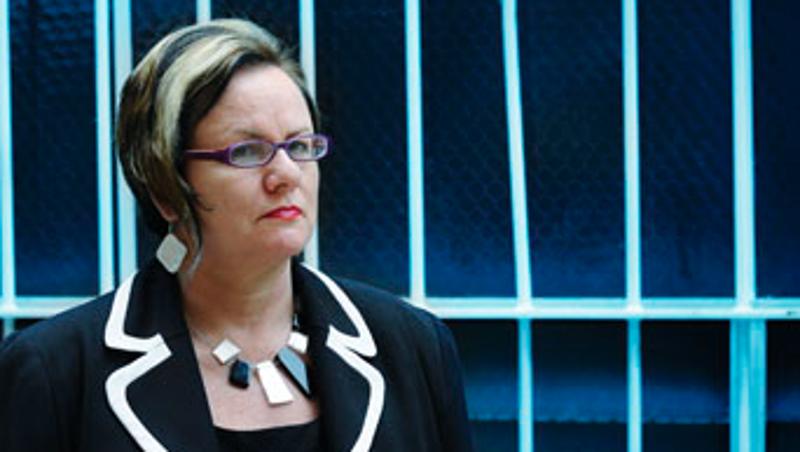 Australia spends $2.6 billion a year jailing adults and imprisonment rates are rising at an unsustainable rate, says Queensland University of Technology's head of the School of Justice, Professor Kerry Carrington.

Professor Carrington said state politicians overlooked the billions of wasted dollars poured into the prison system with no return other than better trained criminals because they had to look tough on crime.

She said it was cheaper to prevent offending than it was to lock offenders up.

"Australia is imprisoning more people than ever even though crime rates have been going down for years. The rate of imprisonment in Australia rose by 17 per cent in one year between December 2008 and December 2009," she said.

"This is a system that reassigns scarce corrections funding to communities which need it most, that is they have a disproportionate number of people in prison. A portion of the money that would be spent on incarcerating its members is instead diverted to early intervention programs," she said.

"It currently costs around $270 a day to keep an adult in prison or almost $100,000 per year. This is public money that could otherwise be going into preventing crime and victimisation.

"Even though we spend around $2.6 billion a year on adult imprisonment, the rate of recidivism is going up.

"That money would be better spent on health and education instead of poured into an unsustainable prison system.

"Politicians have to be seen to be doing something about law and order but they are ignoring the irrational spending on imprisoning people, which has a disproportionate impact on Indigenous people and offenders outside cities."

Justice Martin said the cost to the taxpayer of a juvenile offender in the criminal justice system between the ages of 10 and 17 in Western Australia was $400,000.

"For $400,000 we could send them to Geelong Grammar, we could put them up at five-star hotel during the summer and send them to a Swiss finishing school," he said.

"The only thing we can confidently say of the consequence of our expenditure of $400,000 is that the most likely outcome for those kids is that they will graduate into the adult criminal justice system, so we are spending an awful lot of money to limited effect."