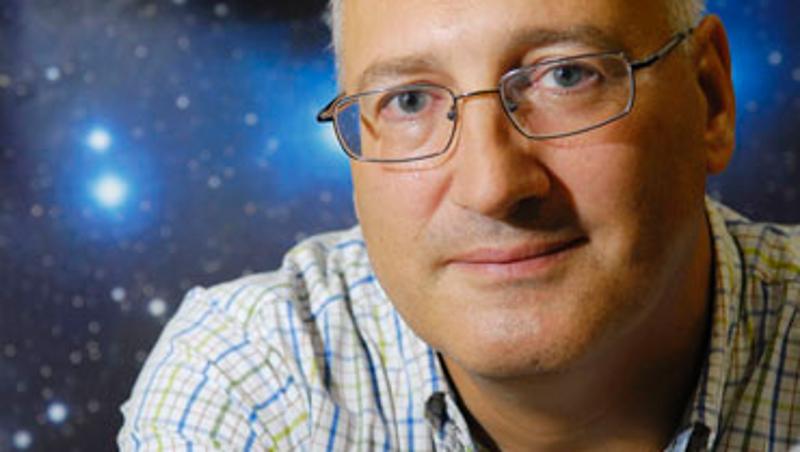 A Queensland University of Technology (QUT) physics lecturer has found a 99-year-old mistake in the Oxford English Dictionary - and is having it corrected.

Dr Stephen Hughes said he had discovered last year that the dictionary's definition of the word siphon, and most other dictionaries', was incorrect.

A siphon is a tube commonly used to empty containers of liquid that are otherwise difficult or impossible to empty, such as fish tanks or petrol tanks.

Dr Hughes said the Oxford English Dictionary (OED) since 1911 had incorrectly stated that atmospheric pressure was the operating force in a siphon when in fact it was gravity.

"It is gravity that moves the fluid in a siphon, with the water in the longer downward arm pulling the water up the shorter arm," he said.

Now the illustrious Oxford English Dictionary's editors are moving to have the definition corrected, after receiving an email from Dr Hughes.

He said that according to the dictionary's website, the OED's revision team was up to the letter R.

The senior lecturer with QUT's Physics Department discovered the error after viewing an enormous siphon in South Australia, which was transferring the equivalent of 4000 Olympic swimming pools from the Murray River system into depleted Lake Bonney. Photos and a video can be downloaded from: http://eprints.qut.edu.au/31098/

Dr Hughes said the siphon had transferred 10Gl of water over two months without a pump, using energy equivalent to running an average house for more than a year.

"The energy came from gravity because the water flowed to a lower level than the rise over the lake's embankment," Dr Hughes said.

On his return to Brisbane, he decided to write an article about the siphon for use by science teachers but discovered that every dictionary he consulted contained the same misconception that atmospheric pressure, not gravity, pushed liquid through the tube of a siphon.

"An extensive check of online and offline dictionaries did not reveal a single dictionary that correctly referred to gravity being the operative force in a siphon," Dr Hughes said.

The Oxford English Dictionary currently defines a siphon as: "A pipe or tube of glass, metal or other material, bent so that one leg is longer than the other, and used for drawing off liquids by means of atmospheric pressure, which forces the liquid up the shorter leg and over the bend in the pipe."

Dr Hughes said that in fact water falling down one side of the tube pulled the water up the other side.

"The column of water acts like a chain with the water molecules pulling on each other via hydrogen bonds," he said.

Dr Hughes said some encyclopaedias also contained the same misconception as the dictionaries although Encyclopaedia Britannica had the correct definition.

"The OED entry for siphon dates from 1911 and was written by editors who were not scientists," Ms Charlton said.

"Our files suggest that no-one has queried the definition before. We are revising that entire dictionary text now, and I have copied your helpful comments to the revision file, to ensure they are taken into account when the entry is rewritten."

However, Ms Charlton said the 2005 edition of the Oxford Dictionary of English - a single volume dictionary and not to be confused with the much larger Oxford English Dictionary - did attribute a siphon's operation to gravity.

Dr Hughes, who holds a PhD from King's College, London, has recently published a paper on how siphons work. This can be found at: http://eprints.qut.edu.au/31098/