Animal testing could soon be a thing of the past 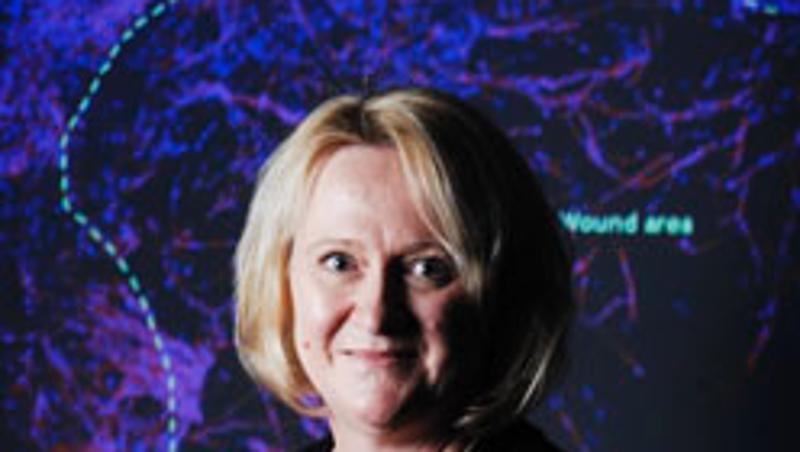 Testing detergents and cosmetics on animals could soon be a thing of the past in Australia, thanks to work being done in QUT's Institute of Health and Biomedical Innovation (IHBI).

Three-dimensional models made up of skin cells to create a human skin equivalent could replace pig skin, which is often used to test new therapies, cosmetics and chemical consumer products.

Professor Zee Upton, a senior researcher at IHBI, said the human skin equivalent was originally developed for use in her research into wound healing but could be used to test new products.

"Most people would go to rats and mice for lab testing, but when it comes to testing new wound therapies or products and cosmetics that go on human skin, pig skin is our closest alternative and is most often used," she said.

"However, this is expensive, the test numbers are limited and of course there are ethical problems to consider, so using a human skin equivalent will reduce this use and possibly give more accurate results.

"Obviously, the ultimate goal is to avoid labs having to use animals altogether eventually."

She said it could also be a useful finding because new legislation coming in next year states that any consumer products using animal products or tested on animals will not be allowed to be exported to the European Union.

She said the human skin equivalent, which was a finalist in this year's Museum of Australia's Eureka Prize for "Research that Contributes to Animal Protection", would be on display at Show Some Skin, an exhibition being held on August 25.

"It is showing the model we use, explaining how we go about making it and how these skin equivalents are used to guide and minimise the use of animals when we develop new wound healing therapies," she said.

"We collect skin donated by consenting patients who have had surgery resulting in a surgical off-cut, and the skin is then processed in our laboratory to isolate the cells; once they are growing healthily again, we can bring them back together and create the multi-component skin equivalent in the lab.

"So we deconstruct the skin and its cells and then reconstruct them - we cannot use the skin off-cuts themselves, as those cells are dying and we need to get the cells back to a state where are growing healthily again."

She said skin equivalents have been developed overseas, but cannot be imported to Australia due to transport logistics and quarantine restrictions.

Professor Upton and her team of researchers will present their Human Skin Equivalent at Show Some Skin, a science event being held on August 25 at 4pm, in IHBI'S Seminar Room at QUT's Kelvin Grove Campus.