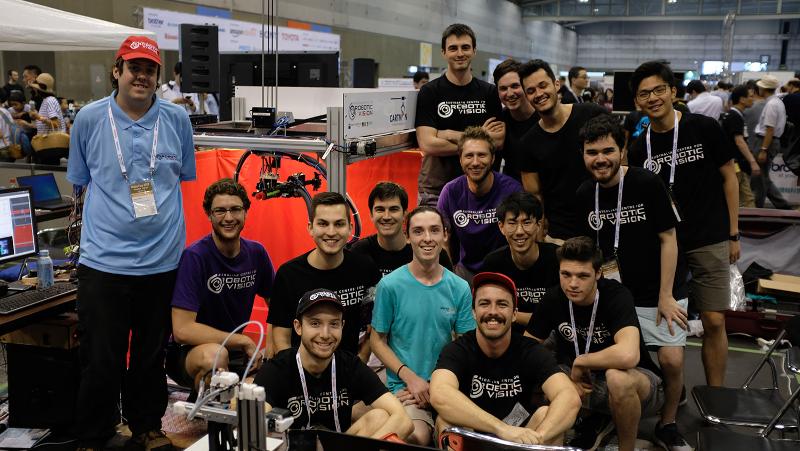 The Australian Centre for Robotic Vision (ACRV), headquartered at QUT, has grabbed the $80,000USD first prize at the 2017 Amazon Robotics Challenge in Japan.

The Centre’s COO Dr Sue Keay said Team ACRV was one of eight that made it through to yesterday’s finals, following a fifth placing after the picking and stowing rounds.

“It was a tense few hours. Our team top scored early with 272 points on the final combined stowing and picking task but we then had to wait on the results for five other teams, many of whom had outperformed us in the rounds,” Dr Keay said.

“Not bad for a robot that was only unpacked and reassembled out of suitcases a few days before the event, with at least one key component held together with cable ties.”

The Amazon Robotics Challenge is designed to fill a gap in Amazon.com’s automated warehousing processes.

While Amazon is able to quickly package and ship millions of items to customers from a network of fulfillment centers, the commercial technologies to allow robots to pick items and stow them in boxes in an unstructured environment are yet to be developed. 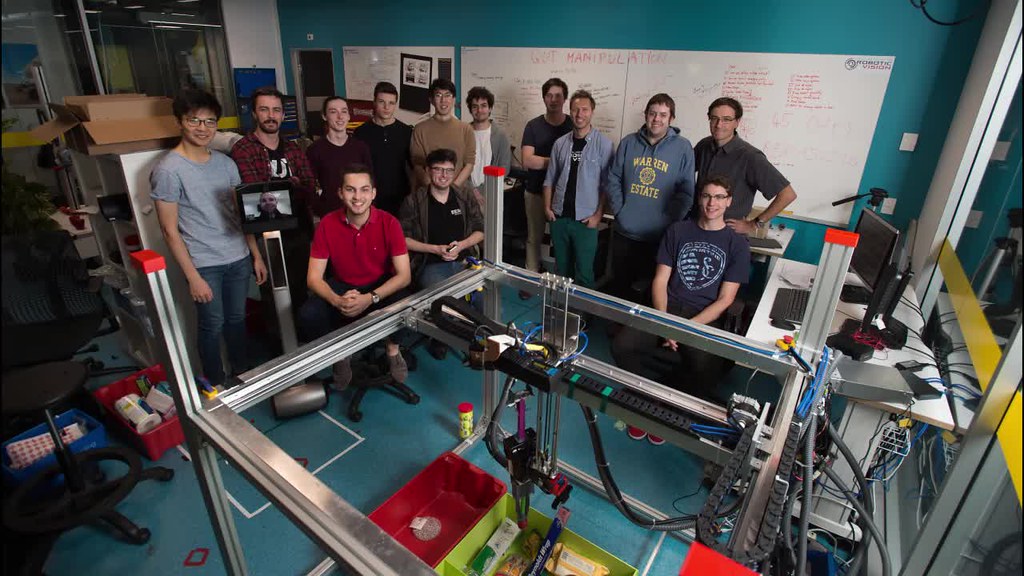 Sixteen international teams tested their hardware and software solutions in the 2017 Challenge, two from Australia.

Cartman can move along three axes, like a gantry crane, with a rotating gripper that allows the robot to pick up items using either suction or a simple two-finger grip.

“We were the only team with a Cartesian robot at the event. Cartman was definitely a large reason for our success,” Dr Leitner said.

“With six degrees of articulation and both a claw and suction gripper, Cartman gives us more flexibility to complete the tasks than an off-the-shelf robot can offer.

“The robot is robust and tackles the task in an innovative way and is also cost effective. I think it would have been the lowest cost robot at the event!"

Fifteen members of the Centre’s 27-strong team of researchers, sourced from QUT, The University of Adelaide and The Australian National University, were in Japan for the event.

The robots were scored by how many items they successfully picked and stowed in a fixed amount of time.

Quote from Adam Tow, QUT PhD researcher and team member:
“We feel brilliant, we say thank you very much for all the support we’ve received. The competition was a lot of work but really rewarding and a lot of fun.”

Quote from Dr Sue Keay, Australian Centre for Robotic Vision:
"It was a fabulous team effort, with 15 of the team in Japan and the other 12 eagerly watching from Australia. We had a mix of undergraduates and postgraduates from three Australian universities combining the latest know-how in both robotics and computer vision. Our Centre aims to create robots that see because we believe that vision is the key to unleashing the full capability of robots and that’s what Cartman showed everyone yesterday — a vision-enabled robot that picked and stowed its way to #1 in the world, supported by 27 talented and enthusiastic robotic vision researchers."

Quote from Dr Chris Lehnert, QUT-based team member:
“Everything from the robot design, vision systems and grasping system worked flawlessly in the Finals. The competition was tough, so many of the improbable scenarios that we thought would never occur did occur.”

Quote from Dr Anton Milan, University of Adelaide-based team member:
“We had to create a robust vision system to cope with objects that we only got to see during the competition. Our vision system had the perfect trade-off of training data, training time and accuracy. One feature of our system was that it worked off a very small amount of hand annotated training data. We only needed just seven images of each unseen item for us to be able to detect them.”

“It feels amazing to have accomplished this [win]. Excellent team effort. Looking at the overall performance across all teams, we see huge advances in robotics and AI. We definitely have very exciting times ahead of us.”

Quote from Dr Trung Pham, University of Adelaide-based team member:
“One of the most important factors contributing to the team's success was the seamless integration of world-leading robotics and vision. Our robot uses deep learning to see robustly and acts reliably due to smart design. The competition was a fantastic chance for us to truly test our state-of-the-art algorithms as well as opening up new real-world challenges that go beyond academic research.”