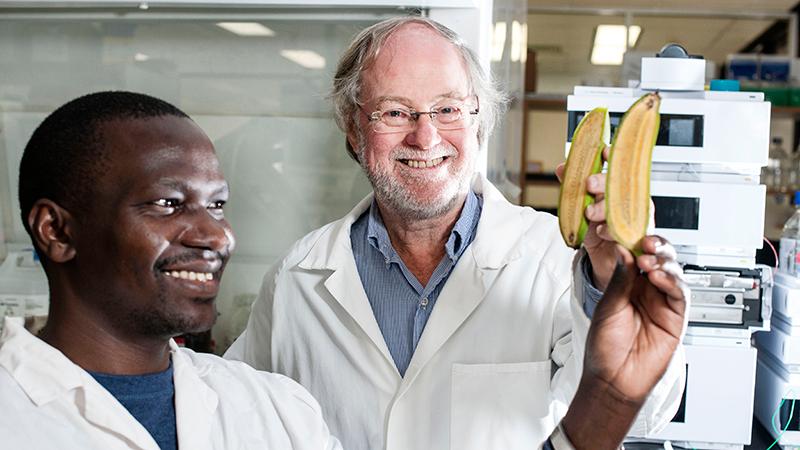 World-first QUT research that has produced a golden-orange fleshed banana, rich in pro-vitamin A, has been published today in the prestigious Plant Biotechnology Journal. 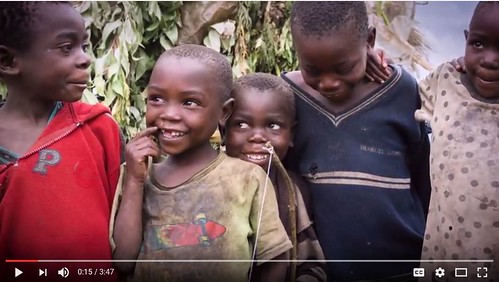 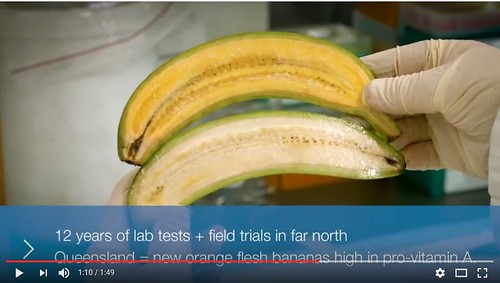 Professor Dale said the genetic modification process had resulted in the identification and selection of banana genes that could be used to enhance pro-vitamin A in banana fruit.

The research backed with close to $10 million from the Bill & Melinda Gates Foundation and the UK Government’s Department for International Development, ultimately aims to improve the nutritional content of bananas in Uganda, where the fruit is the major staple food in their daily diet. 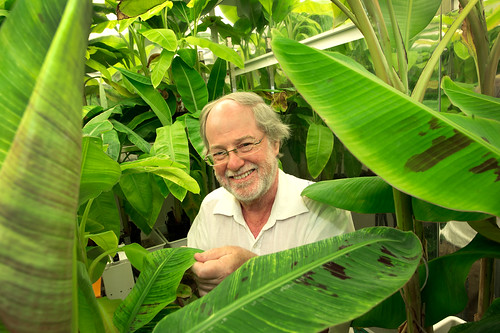 Professor Dale describes the development of the biofortified banana as a significant humanitarian project.

"The East African Highland cooking banana is an excellent source of starch. It is harvested green then chopped and steamed,” Professor Dale said.

“But it has low levels of micronutrients particularly pro-vitamin A and iron. The consequences of vitamin A deficiency are severe.”

He said it had been estimated that 650,000-700,000 children world-wide die from pro-vitamin A deficiency each year with a further several hundred thousand going blind.

“What we’ve done is take a gene from a banana that originated in Papua New Guinea and is naturally very high in pro-vitamin A but has small bunches, and inserted it into a Cavendish banana,” Professor Dale said.

“Over the years, we’ve been able to develop a banana that has achieved excellent pro-vitamin A levels, hence the golden-orange rather than cream-coloured flesh.

“Achieving these scientific results along with their publication, is a major milestone in our quest to deliver a more nutritional diet to some of the poorest subsistence communities in Africa.

"Our science works," Professor Dale said, “and it’s technology that was developed here at QUT.

"We tried and tested hundreds of different genetic variations here in our lab and in field trials in Queensland until we got the best results.

"These elite genes have been sent to Uganda in test tubes where they have been inserted into Ugandan bananas for field trials there.”

The article, Golden bananas in the field: elevated fruit pro-vitamin A from the expression of a single banana transgene, can be accessed here: http://onlinelibrary.wiley.com/doi/10.1111/pbi.12650/full