WTO ruling could light the way to a tobacco-free future 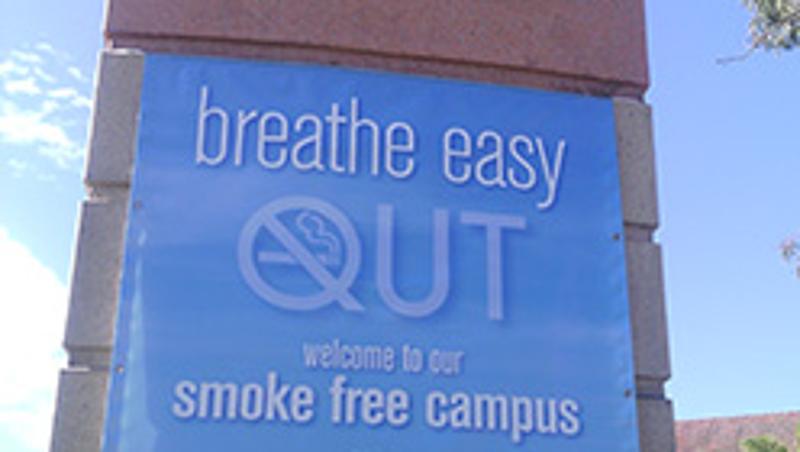 Australia’s defence of plain tobacco packaging which brought about the World Trade Organisation (WTO) decision in its favour is a landmark win for global public health, says QUT Professor of Intellectual Property and Innovation Matthew Rimmer.

Professor Rimmer, who co-authored the influential 2008 paper The Case for the Plain Packaging of Tobacco Products, urged caution, however, as to the accuracy of the media reports on the decision before the final WTO ruling is published in July.

“If these reports are accurate, the WTO decision is a landmark ruling in global public health and a vindication of Australia’s pioneering move to introduce tobacco plain packaging," he said.

“Plain packaging of tobacco products is a legal innovation that has proven to be an effective and powerful means of addressing the global tobacco epidemic.

“The ruling will have a significant effect on future efforts to achieve a tobacco-free future.

“We must, however, be cautious because leaks of WTO decisions have become common - it is frustrating to have media reports of the decision without the accompanying reasoning.

“The WTO has said that it is a confidential interim report, and it does not comment on confidential rulings. The official ruling is expected to be published in July 2017.”

“Australia’s robust defence rested on the claim that its plain packaging laws were a legitimate public health measure, consistent with international law on intellectual property, trade, and public health," he said.

“It is to be hoped the final official WTO decision will encourage other nations to join the plain packaging revolution.

“The United Kingdom, Ireland, France, New Zealand, Hungary, and Slovenia have been implementing regimes for plain packaging of tobacco products and Canada and Nordic countries are following suit.

“I hope that the BASIC/ BRICS superpowers like India, China, South Africa, and Brazil will have the confidence to adopt plain packaging in the future to address the devastating impact of the tobacco epidemic in their countries.”

Professor Rimmer said it was strange that Big Tobacco companies were commenting on the future of the dispute and the prospects of a further appeal.

“The nation states who brought the action against Australia have been accused of acting as proxies of the tobacco industry,” he said.

“Big Tobacco companies are not party to the WTO ruling on a conflict between nation states. No doubt the tobacco industry is terrified about the prospects of a tobacco-free future.”

Professor Rimmer acknowledged the work of the Australian Government over the past 10 years.

“Australia’s legal defence of plain packaging of tobacco products has been steadfast and superb,” he said.

"As well as the WTO action, Australia has successfully defended plain packaging of tobacco products in the High Court of Australia against Big Tobacco companies, and against Philip Morris in an Investor-State Dispute Settlement matter.

“The Rudd and Gillard governments are to be congratulated for their courage in introducing plain packaging of tobacco products in Australia and defending the measure in the High Court of Australia.

“The governments of Tony Abbott and Malcolm Turnbull also deserve credit for the international defence of plain packaging of tobacco products at an international level. Australia’s public servants have been inspiring in this battle.”