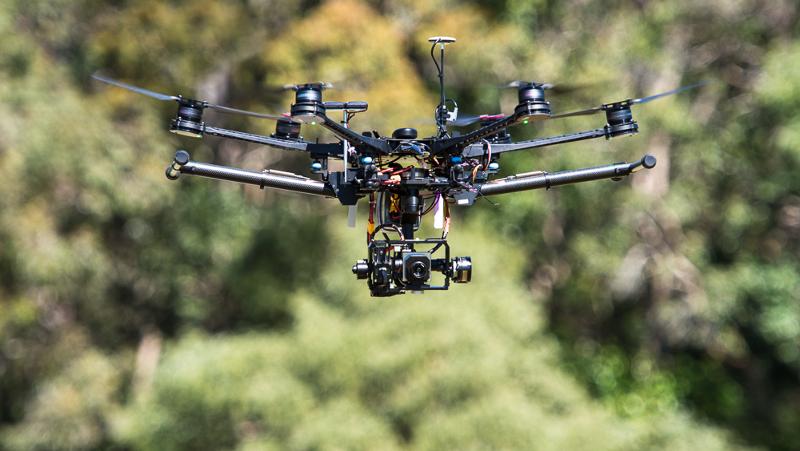 Koala experts with Logan, Gold Coast and Tweed councils are working with a multi-disciplinary team of QUT researchers and unmanned aerial vehicle (UAV) specialists to develop and trial technologies they hope will prove cheaper and more accurate than current tracking methods.

The researchers have been conducting test flights over koala habitats in each region, coinciding ground-based koala counts.

“Using small drones to take images is becoming more common but we know of no others combining this with cutting-edge analytical technologies that draw meaning from those images,” Professor Gonzalez said.

“We’ve found thermal imaging can detect even well-camouflaged koalas effectively and our counting and tracking algorithms can allow us to differentiate the shape of a koala from a possum, bird or other animal.

“This project is concentrating on koala populations but the technology can easily be adapted for other species, be they native or pest species, like wild dogs or feral cats.”

The project has already proved the technology can save councils valuable time. In one test, it took humans more than two hours to conduct the same survey a UAV took just 30 minutes to complete.

QUT ecology and statistics experts Dr Grant Hamilton and Dr Sandra Johnson said the technology would not only count koalas but monitor their movements and population fluctuations over time.

“Understanding the abundance of a species in an area is fundamental to the management of that species – and the more regularly and accurately you can monitor the health of the population, the better,” Dr Hamilton said.

“This combination of technology can provide councils with a wealth of rich data a human cannot, such as exact GPS locations and high-resolution imaging.”

“This project not only enhances our existing Koala Conservation Plans it strengthens our koala management opportunities by partnering with our two neighbouring local government areas,” Cr Caldwell said.

“Hopefully the results of the trial will prove useful when it comes to monitoring our resident koala populations and future planning for their protection.”

“Logan residents are lucky to share their backyard with one of the largest koala parks in the world,” Cr Dalley said.

“The Daisy Hill Koala Centre takes in 435 hectares of open eucalypt forest and the data collected by drones will help us get a better understanding of Koala numbers to ensure their long term survival.”

Mayor of Tweed Councillor Katie Milne said this technology could be a very important tool.

"We know our koalas are on the brink of extinction but we don't know exactly how close,” Cr Milne said.

“Our residents are determined to maintain our coastal koala population.  An all-out, full-on, last-ditch effort is needed with the whole community, developers and government if we are to succeed.”

The project is expected to wrap up within the next few months, after which final results will be shared with the councils.

Is Myrtle Rust the new threat to native fauna?