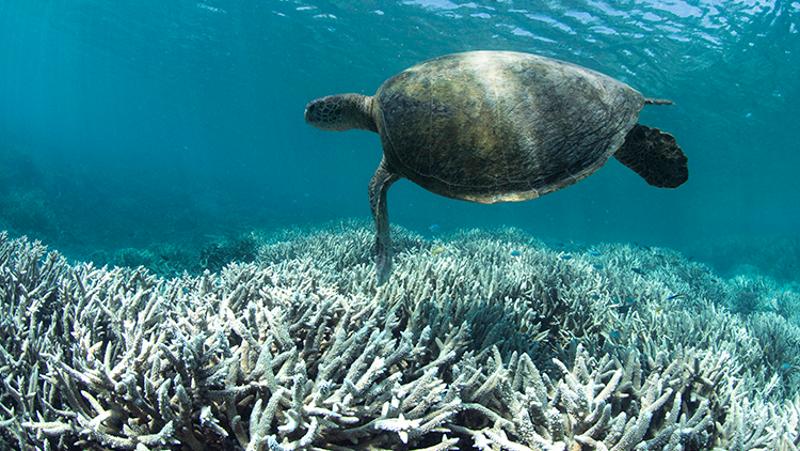 The world’s first robot built to control the devastating crown-of-thorns starfish could be transformed into a versatile robo reef protector thanks to the Google Impact Challenge Australia.

The Great Barrier Reef Foundation has teamed up with QUT roboticists Drs Matthew Dunbabin and Feras Dayoub to enter the COTSbot into Google’s Impact Challenge, which helps not-for-profit organisations develop technologies that can help to tackle the world’s biggest social challenges.

Announced today as one of 10 finalists, the Foundation is now in the running for one of four $750,000 grants.

If it wins, the team will build on the successful COTSbot platform to create the RangerBot, a low-cost, vision-enabled autonomous underwater vehicle.

“This project is about giving those looking after our coral reefs the tools they need to protect these precious resources,” the Foundation’s Managing Director, Anna Marsden, said.

“More than a billion people depend on reefs for their food and livelihood – they stand to lose the most if those important ecosystems are destroyed.

“We want to put the cost-effective, flexible RangerBot into the hands of the people at the front line of looking after and managing coral reefs, as extra ‘hands and eyes’ to manage those critical environments.”

The Google Impact Challenge Australia attracts hundreds of outstanding applications, which are assessed by industry experts.

Dr Dunbabin, from QUT’s Institute for Future Environments and Science and Engineering Faculty, said he and Dr Dayoub felt honoured to work on the RangerBot with the Foundation.

“Environmental robotics is a real passion of ours and we see so much potential for these advanced technologies to transform the way we protect our world’s precious reefs,” Dr Dunbabin said.

“It will stay under the water almost three times longer than a human diver, gather vastly more data, and operate in all conditions and all times of the day or night.”

Unlike current single-purpose marine robots – which are manual, expensive and based on acoustic technologies, the RangerBot would use innovative vision-based technologies.

“I guess you could call RangerBot the Swiss Army Knife of marine robotics.”

Ms Marsden said the RangerBot represented a wonderful opportunity for the Great Barrier Reef, which has lost half its coral cover over the past 30 years.

“Even though the Great Barrier Reef is internationally acknowledged as the best managed reef globally, due to its size and complexity, effective management is a mammoth and expensive task,” she said.

“RangerBot has the potential to revolutionise the way we manage our oceans and may be a missing piece in the puzzle to save our precious reefs.”

The 10 Google Impact Challenge Australia finalists will present their projects to a panel of judges on Wednesday October 26, after which the winners will be announced.

They will be assessed on their impact, technology and innovation, scalability and feasibility.

One of those prizes is the $750,000 People’s Choice Award, for which the public can now vote online.

You can vote for the Great Barrier Reef Foundation and RangerBot on the Google Impact Challenge website.