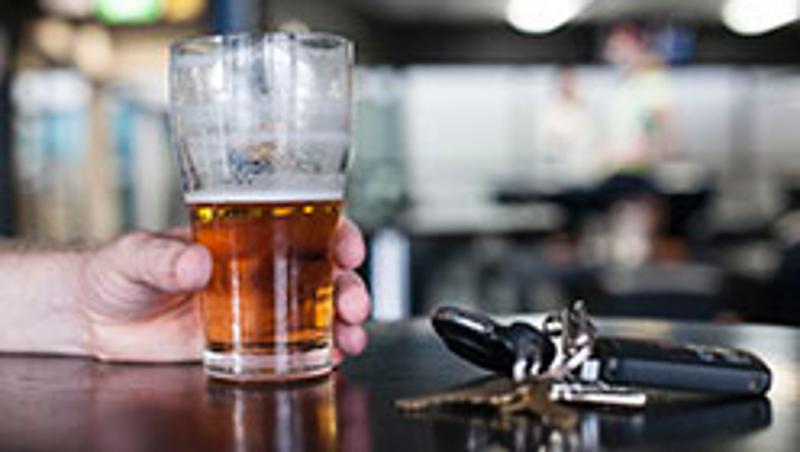 Drivers are more likely to get behind the wheel drowsy than drunk despite it being just as dangerous, and the worst offenders are those under 30, a QUT study has found.

The research undertaken by QUT's Centre for Accident Research & Road Safety - Queensland (CARRS-Q) will be presented today at the 2015 Australasian Road Safety Conference on the Gold Coast, which runs until October 16.

Road safety researcher Chris Watling said driving sleepy and driving drunk were two risky behaviours linked to a comparable increase in crash risk, yet drivers perceived the dangers of each as vastly different.

"Research shows a blood alcohol content (BAC) of 0.05 per cent has the same effect as being awake for 17 hours, and a BAC of 0.1 per cent is roughly 20 hours, but drivers don't consider the impairment to be the same," Mr Watling said.

"In Queensland 20 per cent of the state's fatal crashes were attributed to drink driving and an estimated 15 per cent to fatigued driving, although incidence rates of sleep-related crashes are often more difficult to pinpoint because of the absence of an objective test."

"What this shows is that drivers, in particular young drivers, don't view equally the dangers of drink driving and sleepy driving despite the crash risks being similar," he said.

Mr Watling said sleepiness had been shown to significantly impair a person's cognitive and psychomotor abilities, which impact safety-critical tasks such as driving, attention, working memory and coordination.

He said younger drivers were also more likely to be impaired by sleepiness because of the natural developmental maturing of the body's sleep-wake systems in early adulthood.

"Given younger drivers are over-represented in crash statistics and more likely to be impaired by sleepiness, it is vital we look to increase their perception of the dangers of driving while sleepy," he said.

"The positive take home message is that these results reflect the efforts of sustained drink-driving enforcement and community education campaigns that have changed social norms and reduced the acceptability of drink driving," he said.

"However, it also highlights a greater need to increase all drivers' perceptions of the dangers of sleepy driving,"

In 2015 the conference is supported by the Australasian College of Road Safety, Austroads, QUT's Centre for Accident Research and Road Safety - Queensland (CARRS-Q) and the Queensland Government.

RELATED STORIES
CARRS-Q hosts 2015 Australasian Road Safety Conference
Get behind the wheel of CARRS-Q's driving simulator
Do you know the signs of being too sleepy to drive? CARRS-Q study