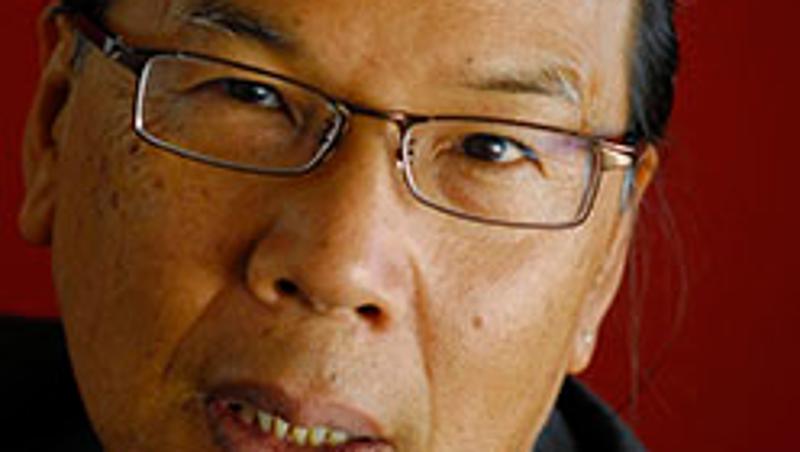 QUT is proud to recognise Distinguished Professor Judith Clements and Professor Nathan Efron who have each been awarded the nation's foremost honour, a Companion of the Order of Australia.

Professor Clements is honoured for her outstanding contribution to biomedical research, particularly prostate cancer research, and for her success in generating ongoing funding to support the establishment of critically-needed national medical research facilities.

Professor Clements helped establish and leads the management (as Chair) of the Australian Prostate Cancer Bio-Resource (APCB), a national tissue bank. The tissue bank collects, annotates, and makes available prostate cancer tissues and other clinical samples for research studies both within Australia and overseas. A valuable national facility, the tissue bank has significantly expanded the capacity of Australian prostate cancer researchers to contribute internationally.

Professor Clements leads research programs which aim to more clearly understand the molecular and cellular basis for the development, progression and spread of prostate and ovarian cancer.

The focus of her research is the role of the prostate-specific antigen (the current test for prostate cancer) -related enzymes and their utility as biomarkers or therapeutic targets for prostate and ovarian cancer. She has been internationally recognised for her pioneering research in this field through her award of the Silver (2000) and Gold (2007) medals from the German E. K. Frey - E. Werle Foundation.

From 1997-2014, Professor Clemens led the Cancer Research Program in QUT's Faculties of Science and Technology, and Health, and at the university's Institute of Health and Biomedical Innovation (IHBI).

In 2009, she was appointed Scientific Director of the Australian Prostate Cancer Research Centre - Queensland, a dedicated prostate cancer research centre that is a collaboration between QUT and the Princess Alexandra Hospital, and is now housed within the Translation Research Institute (TRI).

She is also co-leader of the Queensland node of the international genetic consortium for prostate cancer, PRACTICAL, which is another key consortium that has discovered 100 new genetic regions that are associated with prostate cancer risk.

Professor Clements is the Chair of the Queensland Board of the Prostate Cancer Foundation Australia (PCFA) and in that capacity sits on its national board.

An important mentor of young scientists, many of the professor's students now hold prestigious appointments nationally and internationally.

QUT research optometrist, Professor Nathan Efron, was pivotal to the development of the world's first daily throw-away contact lens, and pioneered development of a revolutionary eye test being trialled globally to assess the extent of nerve damage in those with diabetes.

Identified by academic peers internationally by his flamboyant bow-tie trademark, the award recognises Professor Efron's life-long passion for pursuing eye health excellence as well as his leadership of national and international professional organisations.

Professor Efron said 50 per cent of patients with diabetes had some degree of nerve damage.

"If left unchecked this damage can lead to terrible pain in the arms and legs."

The test Professor Efron devised involves examining fine nerve fibres in the cornea, which is the front clear window of the eye, using a special high-powered laser-scanning confocal microscope.

"It is quick, painless, and allows us to diagnose the condition, monitor progress and evaluate the effect of treatments."

The genesis of the new test sprang from a personal encounter with Type 2 diabetes.

While attending a diabetes clinic as a patient in Manchester in 2001, Professor Efron mentioned his eye research to his attending physicians and suggested that an eye test could measure the development of the condition.

"Unbeknown to me, my physicians were world leaders in diabetic neuropathy and the ultimate result of this meeting is the simple eye test that is now replacing what was for many a traumatic skin biopsy from the foot."

Professor Efron recently secured funding from the US-based National Institutes of Health to assemble a consortium of multidisciplinary researchers from Australia, the UK, USA, Canada and Qatar with the aim of trialling his new eye test on more than 600 patients with diabetic neuropathy.

"This research should firmly establish the diagnostic capabilities of this approach and in the long term lead to better treatment of patients with this debilitating condition," he said.

The benefit of Professor Efron's contact lens research is appreciated by millions on a daily basis.

"When two Scottish entrepreneurs came to me with a design concept for a daily disposable lens because their prototype lenses were a failure, I helped redesign the lens and the rest is history.

"When I think that the daily disposable contact lens industry is now worth $4 billion worldwide, I should have asked for shares in the company rather than a meagre academic consulting fee," he joked.

Professor Efron, who lives in Southport on the Gold Coast, is a prolific author, having published over 800 scientific articles and 16 books and has been invited to speak at more than 500 conferences in 42 countries throughout his career.

"When I speak at international conferences, I often intersperse my lectures with images of Australian landscapes, flora, fauna and famous celebrities," he said.

"I have always considered myself a scientific and cultural ambassador for Australia, and that's what makes this award so poignant for me."

Professor Efron is a QUT research professor in the School of Optometry and Vision Science and the Institute of Health and Biomedical Innovation (IHBI).

"A QUT researcher of long standing Professor Clements continues to achieve ground-breaking discoveries and it is this unwavering commitment to make advances in cancer research as well as her strong collaborative approach and mentoring capacity that are her hallmarks."

Professor Coaldrake said Professor Nathan Efron came to QUT a decade ago as a research capacity-building professor and his career has been distinguished by outstanding research that has led to many major international research awards and prizes.

"Professor Efron has established world-class laboratories and led a high-performing team that has kept QUT at the forefront of global optometry research."

Professor Allan Luke AO was awarded for his contribution to higher education, school education, literacy research and curriculum, and educational policy in Australia and Internationally.

Professor Cunningham AM was honoured for his contribution to humanities, creative arts and social sciences in Australia, and for particular dedication to advancing studies in cultural policy, media and communications.

"We are immensely proud of our professors," Professor Peter Coaldrake said.