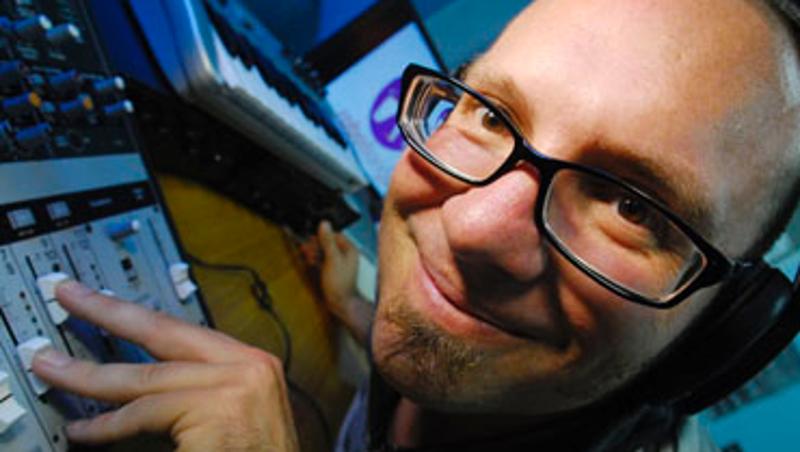 Professional and aspiring musos may soon have an alternative to worn-out karaoke-style backing tracks and drum machines with a new digital program created at Queensland University of Technology.

PhD researcher Toby Gifford, from QUT's Faculty of Creative Industries, has created an artificial musical accompanist, called Jambot, which can listen to music and improvise musical rhythms and melodies to it.

Mr Gifford's invention, which is still in its prototype stage, was named a runner-up in the Ideas Competition, run by QUT's commercialisation company bluebox, winning him $7,500 to help commercialise his concept.

"It is common for a band or solo musician to have a computer-based backing track or use looping pedals, but these kinds of technology are not very flexible or responsive to what's happening on stage," Mr Gifford said.

"Jambot is a musical robot, but it's not made of metal and it doesn't blow smoke.

"It is a piece of computer software that could play along to a soloist, providing a backing track, or improvising a conga drum solo over recorded music being played by a DJ, for example.

"It could also allow a live band to have a fuller sound when they can't have as many band members as they would like on stage."

Mr Gifford said Jambot utilised some recent discoveries in audio music perception combined with his own clever algorithms to keep up with musicians as they played.

"Under the hood, I have created new algorithms which quickly identify what's going on in the music as it's being played," he said.

"It keeps track of tempo changes as they occur during a performance.

"It also judges pitch and users will be able to choose the particular instruments they wish to jam with."

Mr Gifford is expecting to complete his PhD next year and will look at the commercialisation of Jambot after that.