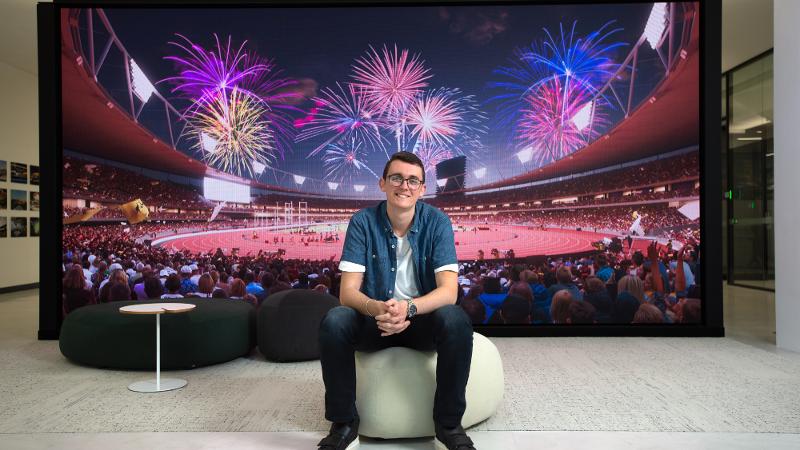 What makes the perfect, sustainable sports stadium, how can it be better connected with its surrounding community, and how do you prevent it from one day becoming a white elephant?

These are questions QUT students studying architecture and landscape architecture are tackling this year with the help of Populous – a world-renowned specialist architectural company that has designed Olympic venues including the London 2012 Olympic Stadium and has its Asia Pacific headquarters in Brisbane.

And with Brisbane now preparing to host the 2032 Olympics, there’s never been a better time for students to be challenged to imagine the stadium of the future, and how major sporting facilities can regenerate an urban area – socially, environmentally, culturally and economically.

The real-world experience is part of QUT’s “Impact Labs” – a series of four units that span QUT’s Bachelor of Design and involve a collective of community and industry collaborators, including Populous.

Run by the university’s School of Design and School of Architecture and Built Environment, the units are themed around place, people, planet and purpose, and challenge students to think critically and creatively about how design can bring about change.

More than 35 students studying Impact Lab 4: Purpose this semester will have the opportunity to learn about sustainable stadium design with Populous, through projects, talks and company visits.

A similar number had the same experience last semester, with third-year architecture student Connor Pukallus one of the students who was able to work on a brief from Populous to reimagine the stadium of the future.

His results were presented to the Populous team, as well as his QUT teachers.

Connor said building stadiums came with responsibilities to ensure they were flexible and sustainable and could be used by their local communities all year round and not become white elephants.

He said he hoped the next 11 years would see Brisbane games organisers effectively coordinating the improvements and additions to local infrastructure, and undertaking broad outreach and collaboration with the community.

Connor’s project report on the ideal stadium of the future contained suggestions on construction and uses, including:

Connor said he had particularly enjoyed the Impact Lab units during his course, as they had provided in-depth research opportunities.

He said Populous had been very welcoming and described it as a ‘truly enriching experience’.

“Working with Populus gave me insight into the inner workings of a design firm and their workflow to apply to our project by providing checkpoints and collaboration to make sure we were on the right track,” he said.

Connor said he considered himself to be a practical and analytical thinker and had been attracted to QUT’s architecture course because of its practical, real-world emphasis.

But at high school his career aspirations did not involve a desk and drafting board.

“I originally was planning on going into the military, but then I realised it wasn’t a good fit for me and I decided to continue into higher education,” he said.

“I tried to think of what other pathways I could choose, and I remembered my two grandfathers – one was an electronic engineer for 50 years and the other was a builder for 50 years.  I’d also done graphics at school (North Lakes State College) and had an inspiring teacher.  So, I decided on architecture.

“Remembering my grandfathers and the stories they told me about their work made me reconsider my pathways and now I thoroughly enjoy my course – I couldn’t imagine myself doing anything else.”

“It’s an excellent opportunity for our staff development as well – it’s a really good balance for us and hopefully provides effective learning outcomes,” he said.