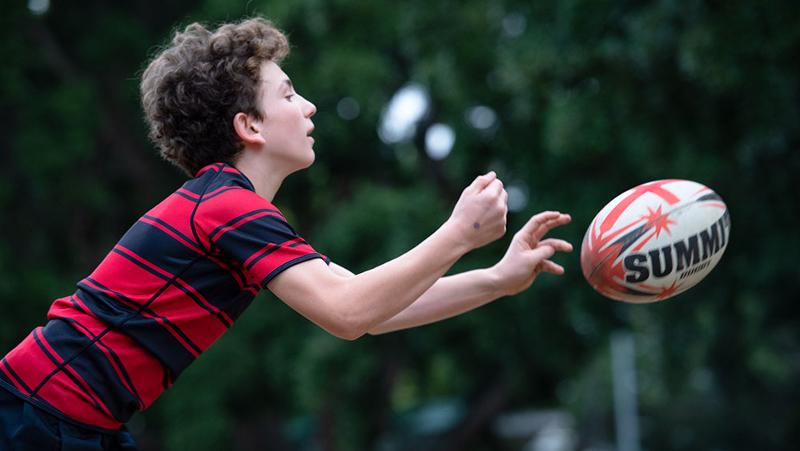 The simple act of putting a UV-detecting sticker on sun-exposed skin while playing outdoor sport was found to increase sunscreen use and reduce the incidence of dangerous skin damage among 14-18-year-old rugby league players.

QUT public health researcher Dr Elke Hacker, from the Faculty of Health’s School of Public Health and Social Work studied the response of 550 young rugby league players  at the Adrian Vowles Cup, a two-day carnival in Charleville, to wearing a sticker that changes colour when more sunscreen should be applied to keep skin safe from sun exposure.

The UV-detection stickers use UV sensitive dyes and a patented technology called dermatrue™ that absorbs sunscreen, just like skin does. Wearers put them on skin exposed to the sun and apply sunscreen over the sticker along with the rest of the body part being protected. 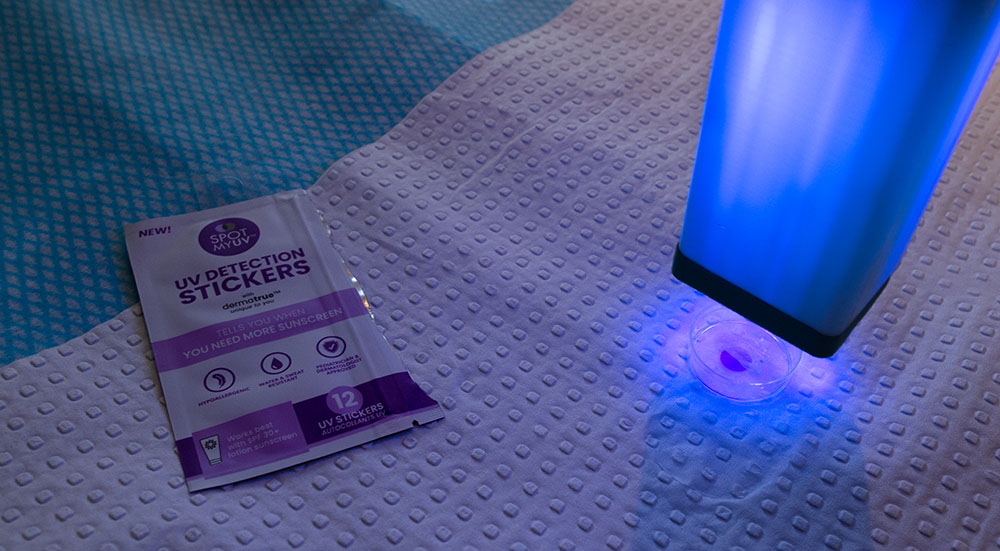 The sticker turns from clear to purple when the sunscreen is no longer blocking UV rays to alert the user that they need to apply more sunscreen.

Dr Hacker said that on day one of the competition participants were offered free sunscreen at several stations and on day two they were given a free UV-detection sticker and access to sunscreen.

“We measured the weight of the sunscreen containers in the morning and throughout each day of the competition,” Dr Hacker said.

“Young adult competitive sport players have reported high sunburn rates in Australia with 69 per cent reporting a sunburn during the previous sporting season and 48 per cent of those said the intensity of damage caused their skin to be red and painful. “Players also have to wear specific uniforms that may not allow for protective clothing such as a hat and sunglasses. On top of this, sweating and physical movement during play contributes to the need for more frequent sunscreen applications.”

Dr Hacker said her finding was the latest in a series of studies she has conducted designed to investigate ways to encourage young people take up skin-safety precautions for life.

“Melanoma can occur at a younger age than other cancers and is the most common cancer in people aged 15 to 44 years,” she said.

“An estimated 7220 melanoma cases could be prevented in Australia with effective use of sunscreen; however, we know from previous research that adults and children apply far less sunscreen than is recommended.

“Sun protection is a multifaced behaviour and during adolescence use of sun protection measures declines and the incidence of sunburn rises.”

Dr Hacker said the use of UV detection stickers which are available in ChemPro, Ramsay, and Malouf pharmacies across Queensland under the brand SPOTMYUV  may improve sunscreen use in adolescents during sport in high UV levels.