Timber towers: In pursuit of the perfect highrise 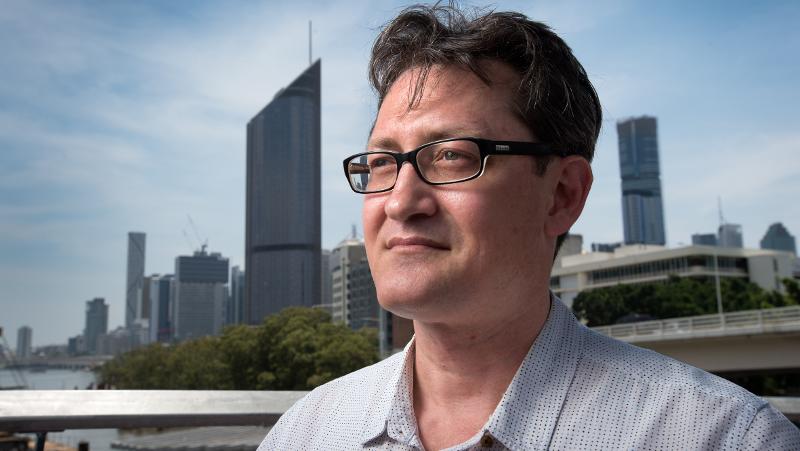 A highrise built out of timber, not steel? It’s a solid idea according to QUT structural engineering researcher Dr Craig Cowled, who’s embarked on a three-year project to work out the perfect way to build carbon-storing, timber-framed "plyscrapers".

He’s a big fan of the environmental credentials – and cost savings – of building tall buildings out of timber, rather than concrete and steel, and wants to boost this fledgling segment of the construction industry.

Dr Cowled has been awarded a $240,000 Advance Queensland Aboriginal and Torres Strait Islander Research Fellowship to research and develop a new building system and guidelines for timber buildings up to eight storeys.

He says they are cheaper and faster to construct – and use a sustainable resource that locks away carbon for the life of the building.

And with the Queensland Government aiming to reduce the state’s carbon emissions by 30 per cent by 2030, Dr Cowled believes more timber multi-storeys will be a big win for the environment.

“My research with this fellowship aims to develop a new building system and guidelines that eliminate some of the current technical obstacles to timber frame construction for taller buildings,” he said.

“By increasing the market share of timber, which stores carbon, Queensland can make significant reductions in the CO2 emissions of the construction industry.”

Australia’s National Construction Code was changed in 2016 to increase the allowed height of timber buildings from three storeys to eight storeys (25 metres).  Developers can build even higher if they can prove they meet fire safety standards and acoustic requirements.

But Dr Cowled said Australia’s current building standards for timber buildings had been designed with the old height limit of three storeys in mind.

“I’m aiming to produce two tangible outcomes – a new light-weight, panelised timber-framed building system to withstand the higher loads of taller buildings, and a technical design guide for the building industry to make it easier to adopt this method of construction,” he said.

His research will focus on buildings up to eight storeys, with the findings also expected to benefit higher buildings.

The world’s tallest timber building, completed last year, is the 18-storey Mjøstårnet in Norway which towers 85.4 metres high above a picturesque lake.

Dr Cowled said timber was fast gaining popularity with developers because it was quicker and cheaper to build with than concrete, and had great environmental credentials.

“Timber is a sustainable resource and, just as a tree stores carbon, a timber building will store carbon and lock it away during the building’s lifetime,” he said.

“Every tonne of plantation timber has a tonne of carbon sequested in it.  But concrete has the reverse effect on the environment as carbon dioxide is burned off into the atmosphere during cement production.”

Dr Cowled said advances in manufacturing techniques, such as cross laminated timber, and improvements in fire engineering had opened the door for taller, ‘greener’ buildings.

“But as the height increases, the amount of the building exposed to wind increases and that wind load needs to be transferred right down to the foundations,” he said.

“I’m aiming to increase the strength of timber panel framing systems, including the ‘shear walls’ which need to have enough stiffness to transfer the load down to the foundations.  This is one of the elements that stop taller buildings from swaying in cyclones or earthquakes.”

Dr Cowled’s research will include “some good old fashioned engineering tests – building walls and seeing how much it takes to knock them down”.

The testing will take place at QUT’s Banyo Pilot Plant over winter, with the Engineered Wood Products Association Australasia also on board as an industry partner to supply materials and guidance. Dr Cowled has a background in Queensland’s timber industry, having worked for seven years as a timber frame and truss detailer.

“During that time I developed an intimate knowledge of timber as a material, the design and detailing of timber structures, the manufacturing capabilities of the industry at that time, and the timber industry more broadly,” he said.

“I’ve always loved working with timber and I’m really excited to get back into timber with this fellowship project.”

Dr Cowled, who is a QUT engineering graduate, also worked as a site engineer and structural engineer on highrise projects, before returning to the university to lecture and conduct research with the Science and Engineering Faculty.