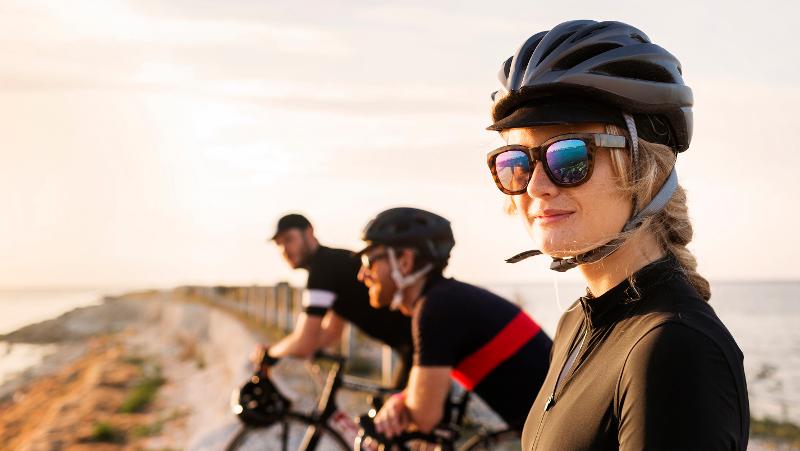 Recent calls by lobbyists for changes to the bicycle helmet law are misguided and threaten the safety of Queensland riders according to Professor Narelle Haworth, director of QUT’s Centre for Accident Research and Road Safety - Queensland (CARRS-Q).

“The current law is good road safety policy because it addresses a serious issue in a way that has been scientifically proven to be effective and can be feasibly implemented,” Professor Haworth said.

“Australian research by Dr Jake Olivier, published in 2016, found helmets cut the chances of a head injury by 50 per cent, a serious head injury by 69 per cent and a fatal head injury by 65 per cent. They also reduced the odds of injuries to the face by 33 per cent.

“His study was a meta-analysis of 40 studies worldwide, covering 64,000 injured cyclists, which is pretty comprehensive.” Professor Haworth added the following reasons why the current law is good policy and should not be changed:

“While opponents of the law say that it discourages people from riding, there is no real evidence to support this,” Professor Haworth said.

“In Australian surveys that have asked people why they don’t ride, concerns about safety top the list. Then there are issues of having to transport children, living too far from work, it being too hot, or too hilly etc. The requirement to wear a bicycle helmet comes a long way down the list of reasons people give for not riding.

“The removal of motorcycle helmet laws in many parts of the United States has led to drops in wearing rates and increases in deaths and injuries.  Here in Australia, it would be foolish to step back from bicycle helmet laws that currently are one of the best policy measures to protect riders both on and off the road.”