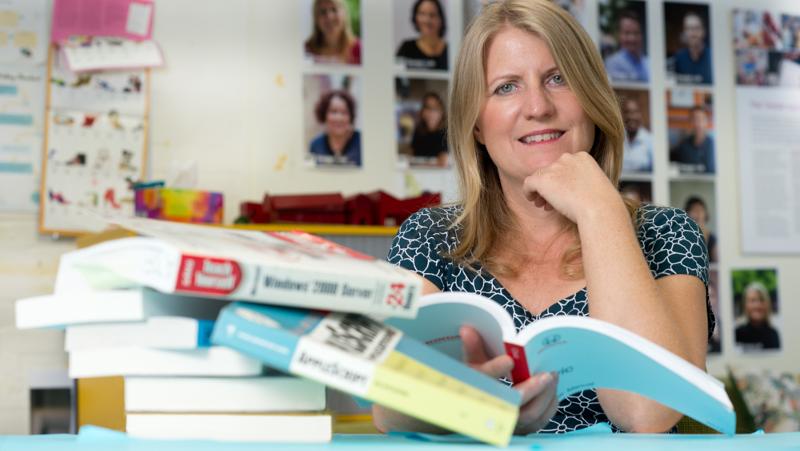 Four QUT researchers have been awarded an Ig Nobel Prize https://www.improbable.com/ig/ for research demonstrating people rarely read the manual for new consumer products, or use all the features on a wide range of products.

Professor Thea Blackler, QUT discipline leader for industrial, interaction, visual communication and fashion design, was lead author of the paper Life is too short to RTFM: How users relate to documentation and excess features in consumer products, published by Oxford University Press for The British Computer Society in the journal Interacting with Computers in 2016.

The Ig Nobels are awarded to 10 individuals or teams each year. A parody of the Nobel Prize, they honour achievements that make people laugh and then think. The organisers say the prizes are intended to celebrate the unusual, honour the imaginative — and spur people's interest in science, medicine, and technology.

Professor Blackler and her colleagues – who suggest brands need to radically re-think interfaces to keep consumers happy - were chosen from more than 9,000 nominations and this is the only Australian paper honoured this year. She accepted the award yesterday (13 September) at Harvard University, Cambridge, Massachusetts, USA.

At the ceremony, several Nobel laureates shook hands with the Ig Nobel Prize winners, and physically presented them with their Ig Nobel Prizes. Each winning individual or team also received cash — a ten trillion dollar ($10,000,000,000,000) bill from Zimbabwe. Professor Blackler was approached by the doyen of Australian science media, Robyn Williams – host of ABC Radio National’s The Science Show – on behalf of the award organisers at Harvard and asked to consider accepting an Ig Nobel.

“We found that younger people, and also more educated people, are less likely to read the manual. Men are more likely to claim they have read it than women but through several experiments over several years men did not show any better performance at using interfaces than women.

“Reading the manual, like an excess of features, just seems to cause annoyance and even anxiety. Most people just want to keep things simple…we often don’t need constant upgrades and ancillary tasks. It all just adds up to information overload and clutter which makes interfaces less usable.

“We conducted a series of survey studies over seven years, and two longitudinal diary and interview studies over six months each, and our recommendation to brands, designers and manufacturers is that they break the vicious cycle which results in users not fully utilising products and in fact feeling negative towards them.

“This can be achieved by improving interfaces to reduce excess features and enhance usability to create happier users who do not feel the need to access manuals because the interface is self-explanatory.

“To be awarded an Ig Nobel is a real honour. The awards are somewhat playful but they acknowledge research with meaning.”

The ceremony was webcast live. Details about all the new Ig Nobel Prize winners, and video of the ceremony, is available at https://www.improbable.com/ig/2018/

The new winners will give short, informal public talks on Saturday, September 15, at the Massachusetts Institute of Technology. That event also will be webcast live.