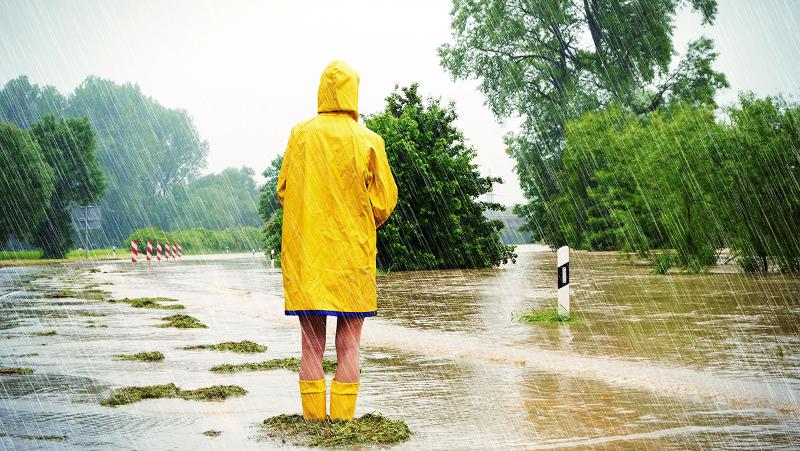 Created in a partnership with the Red Cross, the Preparing for a Natural Disaster Guide to using RediPlan for Carers of People with Dementia starts with the premise that everyone in Australia should prepare for natural disasters.

“More than 425,000 Australians live with dementia and we are a country that has its fair share of natural disasters. Many of us will be impacted by one at some stage,” said lead researcher Doctor Linda Schnitker from QUT’s School of Nursing. “For carers of people with dementia, there is an extra layer of anxiety and potential danger. They need to consider how to best help the person they care for and also protect themselves from harm.

“Research studies reveal exposure to a natural disaster may exacerbate dementia symptoms and increase the risk of functional decline, hospitalisation and mortality.

“An American study found there was an increase in deaths of residents with dementia at 30 and 90 days after Hurricane Gustav in 2008, compared to their peers not affected by it. In Australia, the negative impact of events like tropical cyclone Yasi (2011) on older people’s health, including those with dementia, has also been documented.”

Doctor Schnitker said QUT-led research had previously shown Australian residential aged care facilities were well prepared for natural disasters but much less effort had been expended on responding to the special challenges faced by people with dementia and their carers living in the community.

She said the guide was prepared with input from an expert panel of carers of people with dementia and emergency services workers to be used in conjunction with the Red Cross RediPlan tool and new Get Prepared App.

“Planning ahead is critical. So that might mean finding out if emergency exits are wheelchair accessible and whether or not an evacuation centre will cater for people with dementia. If that person attends a day care or respite centre, ask what their emergency and evacuation plans are,” Dr Schnitker said.

“The guide has three colour-coded sections with relevant dementia-specific advice covering preparing for a natural disaster, what to do during one – whether you stay at home, evacuate or the person becomes agitated or lost - and tips for the aftermath including returning home and how to access psychological support.” Dr Schnitker added that the guide recommended carers sign up to the Safety Home Program and MedicAlert programs in case the person with dementia goes missing or needs urgent medical treatment during a natural disaster.

“A current photo, an identify bracelet and access to health records can save lives,” she said.

“The Carer Ready Guide details all the essential needs of the individual in question. It’s a ‘live’ document that can be updated as required and shared with a support network including their doctor and pharmacist.

“It also provides advice on how to put together an emergency kit and the value of including such comforting and calming items as books, music, puzzles and photos.”

Red Cross State Manager for Emergency Services, Collin Sivalingum, said natural disasters and other emergencies affect one in three Australians during their lifetime.

“Emergencies can be distressing and complex and it can take a long time to recover. Some people never recover. Red Cross knows that the more prepared you are the less stressful they become,” Mr Sivalingum said.

“We work with all Australians to help them prepare. In particular we support the most vulnerable as they are often the ones that slip through the cracks and suffer most after an emergency. Carers of people with dementia are in this group.

“For those who are not as mobile or able to get help, a free app is now available so people can take practical steps to protect themselves, the people they love and the things they value the most. It’s available at redcross.org.au/prepare.”

The Preparing for a Natural Disaster Guide to using RediPlan for Carers of People with Dementia guide can be accessed online.