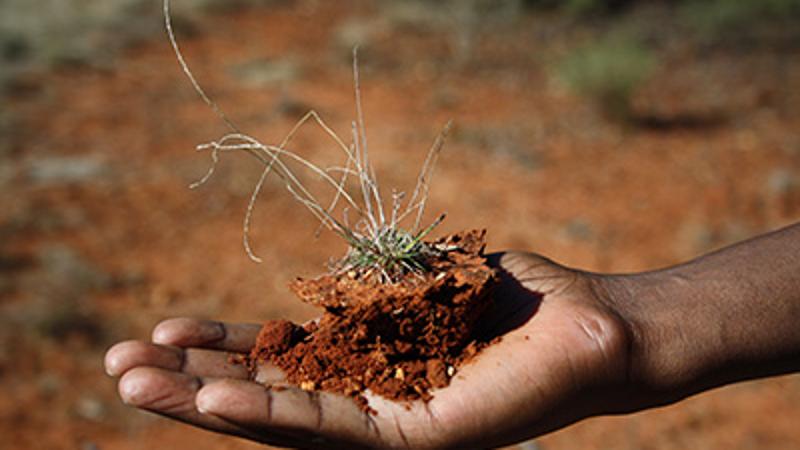 QUT researchers are part of an international consortium of researchers whose work hopes to future-proof crops against the impacts of global climate change.

The researchers have sequenced the genome of the ‘resurrection plant’ Xerophyta viscosa, revealing a genetic ‘footprint’ of the plant’s ability to tolerate severe drought for long periods of time.

The research team is led by Henk Hilhorst of Wageningen University & Research in the Netherlands and includes QUT researchers Professor Sagadevan Mundree and Dr Brett Williams as well as other researchers from the Netherlands, South-Africa and the USA.

The team hopes their results will contribute to the faster development of food crops that are resilient enough to cope with foreseen global climate changes.

The team’s DNA sequence of the resurrection plant is published today in Nature Plants. The paper is available here: http://dx.doi.org/10.1038/nplants.2017.38

The consortium chose to study the plant, which is native to southern Africa, because of its amazing capability to survive complete drying.

Research leader Henk Hilhorst said food crops that can survive extreme drought are, and will be, of increasing importance.

“Climate change causes longer and extremer periods of drought, while at the same time the growing world population demands a dramatic increase of food production,” he said.

“Resurrection species like Xerophyta viscosa may serve as ideal models for the ultimate design of crops with enhanced drought tolerance.”

The team studied changes in gene expression patterns during dehydration, in order to find genes which enable the plant to survive desiccation.

QUT Centre for Tropical Crops and Biocommodities director, Professor Sagadevan Mundree, said his team’s work, which revealed how a native Australian grass could be brought back from the ‘dead’, made QUT researchers ideal partners for this project.

“During periods of extreme dryness the Australian grass Tripogon loliiformis goes through a similar process of dessication in which autophagy is triggered, a process by which the plant degrades and recycles its own contents.

“The plant constantly removes damaged proteins and toxins while recycling nutrients and this prevents the plant leaf tissue from dying,” Professor Mundree said.

Click on image or this link to play time lapse video showing Tripogon loliiformis being brought back to life at QUT.

Dr Williams said the new research would open up areas of exploration in describing how plants survive drying and possibly long-term storage of seeds.