Climate activism, eco-emotions and the law: Reimagining legal futures in a time of climate change 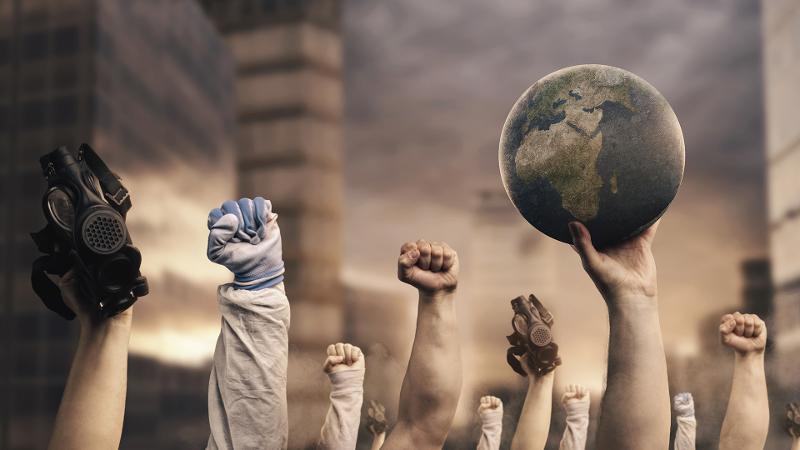 Can climate activism and eco-emotional awareness act as catalysts for the transformative legal changes needed to confront the climate crisis? Is the legal system motivated enough to adequately respond to irreplaceable natural wonders?

Unprecedented fires, floods and heat have stressed the urgent need to take climate change seriously, and citizens are increasingly turning to the courts to fight for climate justice or taking to the streets to demand government-led climate solutions.

In this seminar, Dr Nicole Rogers from Southern Cross University, Professor Glenn Albrecht from the University of Sydney and Professor Christine Parker from the University of Melbourne confronted the limitations of existing political and legal structures in the context of climate change and explored new ways of thinking about the law to deal with an increasingly uncertain future.

Dr Rogers explored how activist litigants are redefining legal doctrines to challenge normative frameworks. In particular, she focused on the parameters of the extraordinary emergency defence, the political context in which it is invoked, and the question of what constitutes reasonable conduct on the part of individuals in the absence of an effective and concerted, global response to the climate emergency.

While the law can play a significant role in regulating the causes and mitigating the effects of climate change, existing legal structures have thus far failed to achieve the degree of action that is necessary. It was contended that legal transformations are needed to respond to a new generation looking to stabilise the climate and attend to the impacts of a warming world.

Professor Albrecht argued for a broad conceptualisation of eco-emotions that can be employed to understand and articulate the impacts of climate change in the politico-legal realm. He presented the case that within the current period of the Earth known as the Anthropocene, our emotions are turning negative, with fear, grief, anxiety and distress becoming the norm. He created the concept of solastalgia, to describe the epidemic of distress associated with the emerging negative state of the Earth, to give clearer expression to this epidemic of distress about the emerging negative state of the Earth.

In opposing this direction, Professor Albrecht created the Symbiocene, an era to be based on the re-connection of humans with the rest of life. Within this era, positive Earth emotions will once again be able to thrive.

“We were pleased to be able to bring together leading scholars on aspects of climate activism, eco-emotions and the law. Nicole Rogers’ important work on law, literature and activism details how the law might to respond to the climate crisis, in particular the use of the emergency defence; while Glenn Albrecht took us on a journey through negative and positive Earth emotions, and renewed optimism for transformed legal responses to climate change,” commented Professor Amanda Kennedy from the QUT Faculty of Law.