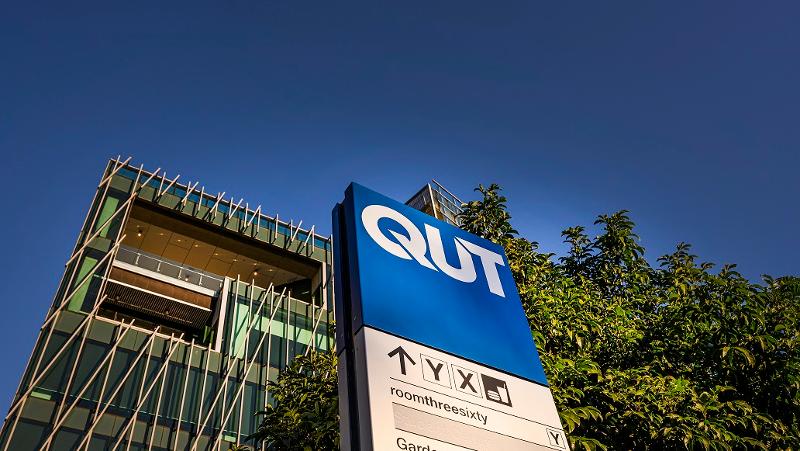 Five prominent Australians have been recognised by QUT for their exceptional service to the community and to the university with an Honorary Doctorate.

Vice-Chancellor Margaret Sheil said the award of Honorary Doctorate was an acknowledgement of the recipients’ contributions to QUT and formalised the relationship between them and the university.

“QUT has benefitted enormously from the work of these people and we appreciate their achievements and contributions,” Professor Sheil said.

Outgoing QUT Council member Dr Lee-Anne Perry AM was awarded for service to QUT and the community. She has served on the Council since 2008.

She is the executive director of the Queensland Catholic Education Commission and was appointed as the first lay Principal of All Hallows’ School in Brisbane from 1999 to 2015.

She was the Catholic Religious Australia (Queensland) representative on the Queensland Catholic Education Commission and served as the Deputy Chair until her current appointment as Executive Director. Dr Perry was awarded the Member (AM) of the Order of Australia in 2014. She has been recognised for her innovative leadership in education and her contributions to educational policy and practice across sectors and at both state and federal level.

Dr Carol Schwartz AO received an honorary doctorate for service to the community, particularly with the Pathways to Politics for Women Program at QUT.

“Carol has been the champion of three Pathways to Politics for Women programs throughout Australia and I’m pleased that these and her other contributions to Australian life have seen her awarded,” Professor Sheil said. “Carol led the development of this program, aimed solely at getting more women into political office.”

Dr Schwartz has a diverse career across property, the arts, finance, investment, entrepreneurship, government and health. She has been recognised for her leadership via a range of honours including her 2019 appointment as an Officer of the Order of Australia, 2020 Leading Philanthropist Award and an Honorary Doctorate from Monash University.

She was named one of Australia’s most influential women in the AFR and Westpac’s inaugural 100 Women of Influence Awards and has chaired and participated in numerous listed and private company boards, and current board roles include the Reserve Bank of Australia, Trawalla Group and Chair of EQT Holdings Limited.

The Honourable Anthe Philippides was awarded for service to QUT and the community.

She was the first woman of Hellenic heritage to be admitted as a barrister in Queensland in 1984 and to attain silk in Australia in 1999.  Her appointments to the Supreme Court of Queensland and Court of Appeal marked the first appointments in Australia to a superior court and an appellate court respectively of a woman lawyer of immigrant parents.

Professor Cowman is one of the world’s leading malaria researchers and is currently deputy director, science strategy, at the Walter and Eliza Hall Institute of Medical Research (WEHI).

His ground-breaking research into malaria parasites, along with colleagues at WEHI includes showing how parasites become resistant to specific antimalarial drugs and revealing how malaria parasites infect humans and cause disease.

Adjunct Professor Noel Robinson was awarded for service to QUT and the community.

Noel Robinson is the CEO and principal of Noel Robinson Architects and is the recipient of more than 50 architecture awards including the Sulman Award for Outstanding Architecture and the BHP Architect of the Decade award.

He has worked as a tutor, part-time lecturer and Adjunct Professor at QUT during his career and has served as a member of the QUT Art Collection Committee and the QUT Art Museum Board.

“Well done to all of our honorary doctorate recipients,” Professor Sheil said.  “Your dedication and support for the university is appreciated.”