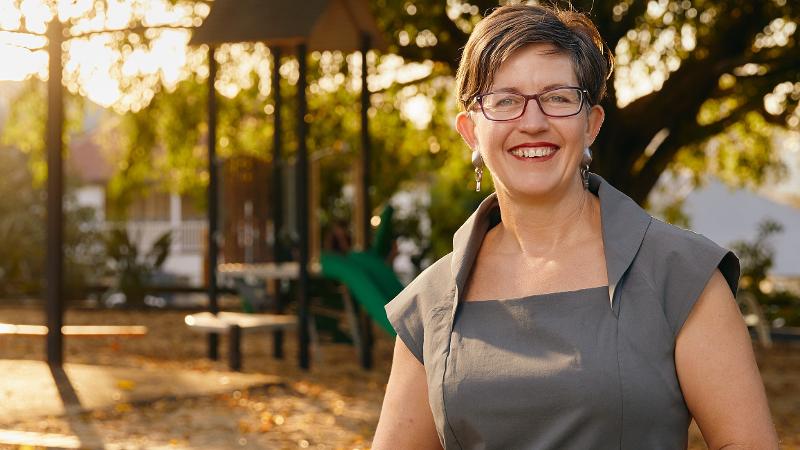 It’s been described by author Ruth McGowan as something that’s only for those crazy-brave few. Linda Lavarch says it takes courage and conviction, and Teresa Gambaro describes it as a daunting and rigorous process.

In fact, most in the know would agree that running for political office is no easy feat. Putting yourself in the political arena and then making it through pre-selection can be a tough process.

QUT’s Pathways to Politics for Women program is designed to empower women to run for office. It is a program now in its second year which is aimed at creating the opportunity for women who are seriously thinking about entering politics and making a difference.

Inaugural participant Raelene Ellis, who ran as the Greens Candidate for Caloundra, said the program prepared her to confidently interact with the media during her campaign.

Former councillor Fiona Gaske contested Pumicestone for the LNP and said the program cemented the importance of knowing why you would consider running and being genuine in that intent.

“I felt I ran the best grassroots campaign I could. I literally could not have given any more – emotionally, physically or financially,” Ms Gaske said.

Fellow Pathways graduate Sally Dillion, who was already running in the 2020 Brisbane City Council elections while attending the program, said she applied many of the tips she learned during her campaign.

“I took away from the course the confidence that I had great things to offer and the knowledge I could get elected. I was encouraged to be the positive change I wanted to see,” Ms Dillon said.

QUT Pathways to Politics Program for Women is now open for 2021 enrolments for graduates from a Queensland university, with enrolments closing on March 31. Led by Professor Vicky Browning, the program is comprised of three two-day workshops held over three months from May to July.

Professor Browning said she was blown away by the collaboration and transformation of the women who attended the program and the women politicians who were willing to share their stories to inspire and to equip participants to take up the opportunity to enter politics.

The 2020 program received a 98 per cent satisfaction rating from participants who rated the insights they gained and the skills-based sessions on media, speeches and leadership highly.

The program includes panels and conversation sessions with women elected to office in local, state and federal government plus experts in areas such as media, speech making and policy.

She said she hoped women from throughout Queensland, including regional and rural areas, would apply for the program.

“Despite their proven abilities, women still face many obstacles to participating in political life in Australia.

“As the only program of its kind in Queensland, the QUT Pathways to Politics for Women program is specifically designed to equip women with the skills to succeed and to provide the networks and support to help them advance their political careers.

“It would be wonderful to see women from many different backgrounds represented throughout politics in Australia,” Professor Sheil said.

Just one-third of all parliamentarians and one-fifth of all ministers are women in Australia.

Based on the University of Melbourne’s course under a partnership with the Women’s Leadership Institute Australia and the Trawalla Foundation, the program references Harvard University’s “From Harvard Square to the Oval Office” program.

To learn more, please join us for a free information session with Professor Vicky Browning. To register visit: https://qutex.eventsair.com/qut-pathways-to-politics-for-women/info/Site/Register

To apply for the 2021 program, visit the website here