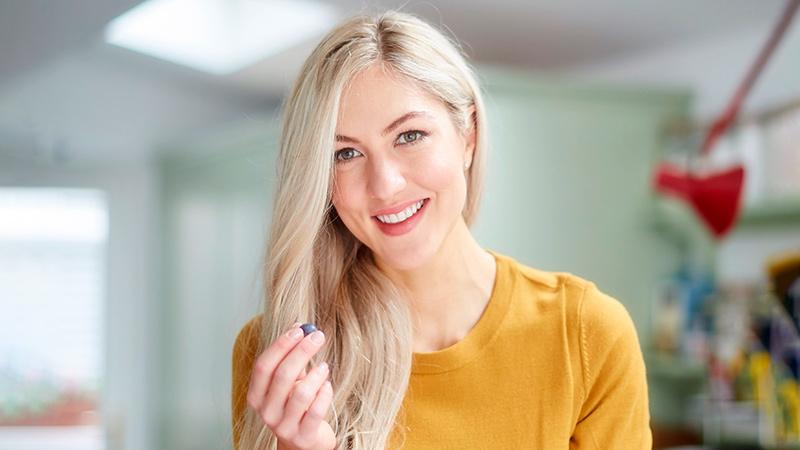 QUT alumna, Dr Megan Rossi, has established herself as an influential gut health specialist around the world, having been recognised in recent years by Her Royal Highness Princess Anne and by the Australian Royal High Commissioner to the United Kingdom.

Her journey into dietetics began with a passion for both science and food, which was nurtured by her science teacher mum. Dr Rossi conducted at-home science experiments with her mum from a very young age, beginning with bicarb soda volcanos. Years later, taking her love for scientific enquiry forward into QUT’s Bachelor of Health Science, Nutrition and Dietetics was a natural fit.

Dr Rossi’s specific interest in gut health germinated during her undergraduate years when she sadly lost her grandmother to bowel cancer.

“I remember watching on helplessly as she bravely battled through chemo and surgery – I hated the gut for doing this to her,” Dr Rossi recalls.

After graduating with First Class Honours in 2009, Dr Rossi’s concerns about gut health resurfaced while she was working at Brisbane’s Princess Alexandra Hospital as a dietitian.

“I was struck by the sheer number of patients with kidney disease who were complaining of gut issues. I really struggled to get my head around how, while my grandma had her disease in her actual gut, all these patients also suffered with such prominent gut issues.”

After searching for more information about possible connections between gut health and other medical issues, but finding no real explanations, Dr Rossi resolved to discover answers through PhD research.

“Fast-forward three years, and it became very clear to me that the gut was not an isolated organ as I had been taught, but in fact central to our overall health and happiness,” she says.

Dr Rossi subsequently moved to London to continue her career trajectory of discovery as a research fellow at King's College London, where she leads research to investigate nutrition-based therapies in gastrointestinal health.

“It’s only been in the past decade that we’ve discovered the significance of the trillions of bacteria that live within everyone’s gastrointestinal tract,” she notes.

In 2017, Dr Rossi established The Gut Health Doctor, a digital channel for sharing scientific research on gut health. Since then, Dr Rossi has become a go-to source for media on the topic of gut health, and in September 2019 she published her first book, Eat Yourself Healthy: An easy-to-digest guide to health and happiness from the inside out, which has achieved best-seller status in the UK and Australia.

In early 2019 she also founded The Gut Health Clinic, bringing together a team of gut-specialist dietitians to develop an evidence-based approach to improving gut health that is accessible to all.

In January 2020, Dr Rossi was awarded the Young Australian Achiever of the Year at the Australia Day Foundation gala in the United Kingdom.