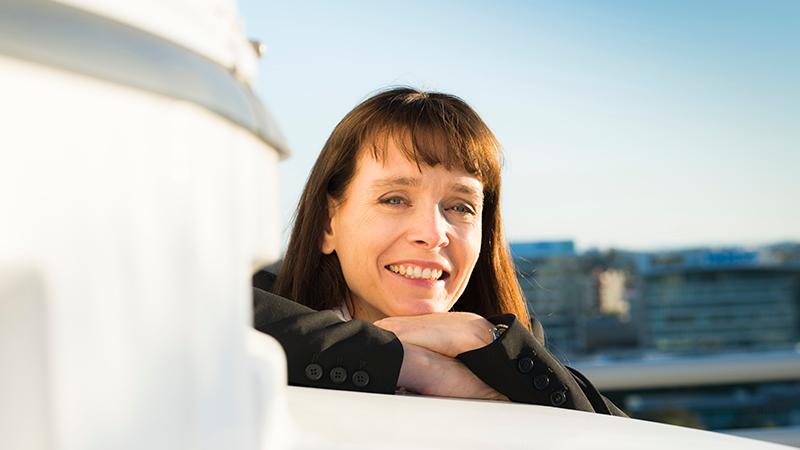 The first female and first Australian principal investigator to lead any mission to Mars has warned Australia is missing a golden opportunity to inspire - and retain - the next generation of home-grown scientists, engineers and technologists if it doesn't join the growing league of nations involved in space exploration.

At a press conference at the university, Dr Allwood said Australia's limited involvement in space exploration belied our potential capability.

"More broadly, the lack of opportunities to pursue basic research in general is forcing many of our brightest minds overseas," said Dr Allwood, who grew up in the Brisbane suburb of Rochedale and graduated from QUT with a first-class honours degree in geoscience.

"Space exploration is one of the greatest sources of inspiration for young minds.

"Australia doesn't need to be on the sidelines here as other nations take up the challenge. We could be participating in numerous ways, putting an Australian flag in the space news.

"We have fantastic science and engineering education but, for many of us who graduate, the best or only opportunities are overseas.

"Our country may never reap the benefits of these hard-won assets.

"The best source of inspiration for young Australians to pursue STEM careers would be the promise of a really cool STEM job, here in Australia."

Dr Allwood is Mars 2020 mission's Principal Investigator for the Planetary Instrument for X-ray Lithochemistry (PIXL) she developed, one of seven sophisticated scientific instruments chosen by NASA to be packed onto its next rover robot.

The rover's mission is to search Mars for signs of past life. If it finds evidence, Dr Allwood's machine will play a lead role in that discovery.

Operated remotely by her team back on Earth, PIXL will analyse the chemistry of Martian rocks at the scale of sand grains - far finer detail than was previously possible.

"This detailed analysis will help us figure out whether the environments the rocks formed in could - or did - support life.

"If there ever was life on Mars, it's likely that it was microbial. Mars became inhospitable to life a long time ago, so any life forms that existed wouldn't have had time to evolve into more complex organisms.

"My role means I will be there in the ops room analysing the data with my PIXL team, making tactical decisions on what to do next, where to go and what to sample."