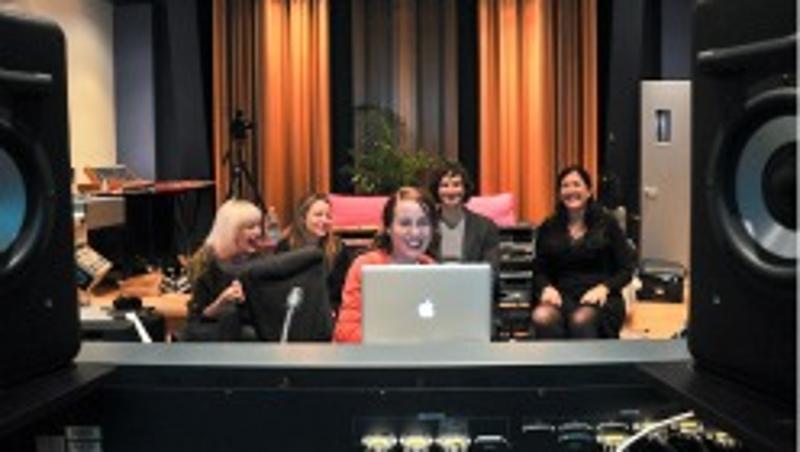 ARIA-award winning artist Gotye is among music industry experts taking part in a Queensland University of Technology (QUT) project that puts women in the spotlight.

Wally De Backer, known by his stage name Gotye, recently took time out from his sold out national tour to visit QUT's Gasworks Studio in Newstead.

The Melbourne artist, who has received seven nominations for the 2011 ARIA Awards to be held on November 27, worked at QUT with members of Lady Electronica, a collective of independent women electronic artists in Brisbane.

"Wally de Backer is an extremely successful artist," she said.

"To have the opportunity to have someone of that level share insights into his creative process is valuable, not only for us as participating artists but also for our students."

Dr Hewitt said his visit would contribute to the project's goal of increasing the number, and success, of women in electronic music.

"Women are often seen in passive roles in electronic music, usually as vocalists," she said.

"The Lady Electronica project will help women artists gain control over their own creative voice."

De Backer said he was happy to support Lady Electronica.

"I listened to the ladies' music and realised it was all very varied and they were all doing different things and really interesting things. It was exciting to be approached and asked to share what I think," he said.

Record producer and the senior vice-president of A&R for EMI Australasia, Scott Horscroft, who produced bands such as Silverchair and the Presets, will be the next industry mentor in February.

"This project is an excellent example of how QUT can partner with industry professionals at the highest level to pursue our research and development aims and positively impact the sector," Professor Knowles said.

The Lady Electronica project, which has received funding through Arts Queensland and the Australia Council for the Arts and is supported through QUT's Independent Music Project, will culminate in a showcase at the Judith Wright Centre in Brisbane next year.