QUT researchers are leading the world in new mathematical experiments to better understand changes in melanomas in real-time. 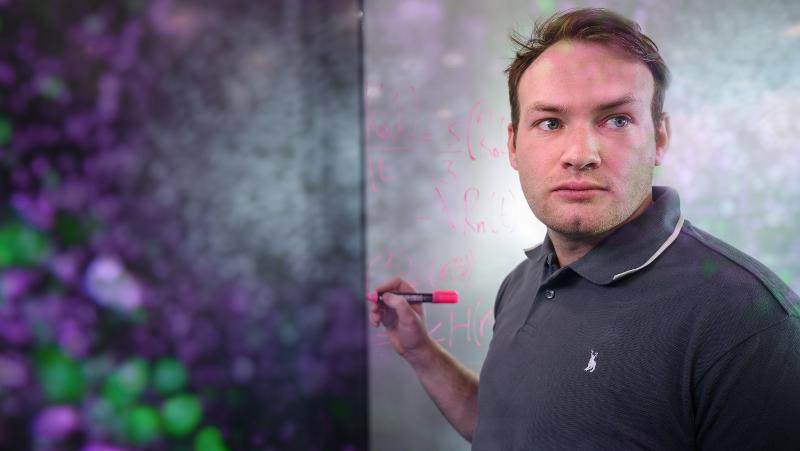 The findings of their new research have been published in the UK-based Journal of Royal Society Interface.

Cases of melanoma are reported to increase by 50 per cent globally by 2040.

In Queensland 3,600 people are diagnosed yearly and New Zealand has surpassed Australia with 50 cases per 100,000 people, according to the Cancer Council.

QUT’s Professor Matthew Simpson works at the intersection of maths and biology and led the team of researchers from Queensland and New Zealand.

The study is aimed at quickly identifying key features of lab-grown tumour growth, known as tumour spheroids, to provide potential treatments as opposed to waiting days for the cells to do their own thing.

“The mathematical models had not been developed before this research as the biotechnology is new,” Professor Simpson said.

Professor Simpson said by using real-time fluorescent cell cycle labelling technology, we can track the life cycle, or age, of individual cells within a complicated environment, like a tumour.

"We use computer simulations to study the role of tumour size and cell life cycle stage, and we simulate every single cell in the experimental tumour, carefully labelling it in the simulations so it can be matched with the appropriate fluorescent colour,” he said.

“Just after cell division, young cells fluoresce red and as cells progress through the cell cycle older cells fluoresce green. So, when you look at a population of melanoma cells in a tumour, we can see new information.

“We can see whether cells at the edge of the tumour are dividing, or whether cell division takes place deeper within the tumour.” Professor Simpson (pictured above) said attacking biological problems using a mathematical and quantitative approach is useful for experimental scientists as it provided a ‘bigger picture’ by enabling us to rapidly explore the effects of population size, experimental duration, or nutrient availability.

“Cancer drugs only cover one part of melanoma treatments which is only one part of the story,” he said.

“By revolutionising the way, we track cancer cells within a realistic population in real time using mathematical modelling we obtain deeper understanding of basic cell biology processes, which can inform how experiments are performed and how experiments are interpreted.”

The investigation was prompted through an ARC Discovery grant Professor Simpson was awarded in 2020. He is a co-leader of the Models and Algorithms program in QUT's Centre for Data Science.

A pdf of the journal article is available upon request.

MEDIA RESOURCES: Images, including an animation of the tumour spheroid, is available to download here.