QUT Law graduate receives Medal of the Order of Australia

QUT Law graduate, Elijah Buol, was recently presented with a Medal of the Order of Australia (OAM) and named the 2019 Queensland Local Hero in the Australian of the Year awards. 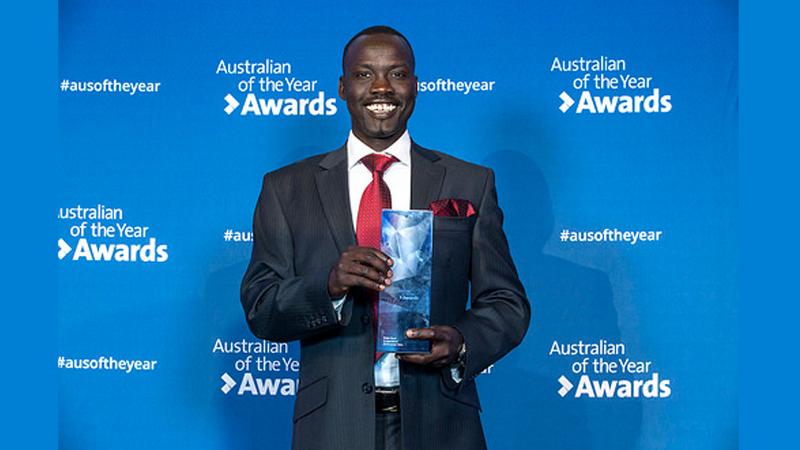 During this time, and through his work as a Youth Practitioner, he became aware that Queensland was the only state where 17 year old’s were treated as adults in the criminal justice system.

Since then, Elijah has continued to advocate and lobby for changes to this law. Though he was unsuccessful in his initial meetings with the former Attorney General and other ministers in 2008, he persisted in lobbying and advocating on the issue. In 2015, a meeting with the Minister for Youth and Communities led Elijah down the path of gaining community and parliamentary support in order to change the law. He approached and wrote to many MPs, pointing out the benefits of keeping youth in youth detention and communities. He also identified the law’s contravention of the UN Convention of the Rights of the Child.

Finally, in 2016 with advocacy and lobbying from a wide range of people and organisations such as the QUT School of Justice, ATSILS, Amnesty, Youth Affairs Network Queensland and Youth Advocacy Centre, the law was amended to bring Queensland in line with the rest of Australia.

Professor Kerry Carrington, Head of the School of Justice, also an advocate for removing 17 year olds from the adult prison and criminal justice system, said “we are very proud of Elijah Buol’s leadership and determination for justice for the young people of Queensland. He is a role model for young people everywhere.”

Since graduating from QUT, Elijah has become Managing Director of Smart Answers Consulting, a mediation services provider that he founded. Elijah has also been involved in many community organisations, including a tenure as President of the Queensland African Communities Council from 2013 to 2015. He is currently the Vice-President of Youth Affairs Network Queensland, Deputy Chairperson of the Ethnic Communities Council of Queensland and a member of the Brisbane Lord Mayor’s Multicultural Round Table and the Multicultural Queensland Advisory Council.

Elijah was also a QUT Equity Scholarship recipient which helped him overcome financial challenges while studying. “The knowledge gained at QUT has helped me understand the complexity of the legal system and the issues facing disadvantaged people, particularly young people within the society. It has enabled me to know the real world challenges,” he said.

When asked to provide a word of advice for current students, he recommended to “study law not only for the sake of getting a good job in the real world, but to also think about how your legal knowledge and understanding can make a positive impact on the disadvantaged people and policy reform in the real world.”