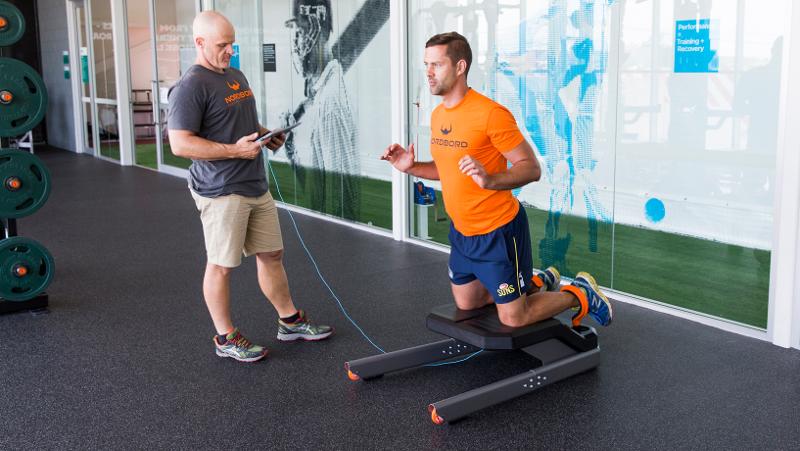 The NordBord is based on the well-known Nordic curl hamstring exercise and uses advanced sensors and data capture software to measure hamstring strength and imbalance, known risk factors for hamstring strain injuries. It helps coaches and clinicians identify these risk factors and intervene before a potential injury occurs. If an injury does occur, the system also provides useful feedback during rehabilitation.

“Hamstring strain injury and re-injury is the most common cause of lost training and playing time in a number of sports,” Associate Professor Shield said.

“Many years of science and research are behind the NordBord and it is very gratifying to see the global uptake of the system in elite sporting competitions, and also by sports medicine and physiotherapy clinics.

“It has provided a new way to measure and monitor hamstring strength, which is important in our understanding of hamstring exercises and benefits. ‘How much can you Nordic?’ has even become a popular phrase in sports circles.”

Over the four-year IRFU-Vald Performance partnership, Associate Professor Shield and Dr Opar will collaborate with USW exercise and sports science Dr Morgan Williams on the USW-led injury risk study that will collect and monitor metrics of Irish male and female players’ health and performance across several areas. More about NordBord and Vald Performance: