50 Shades of endangered: marsupial mating habits to die for 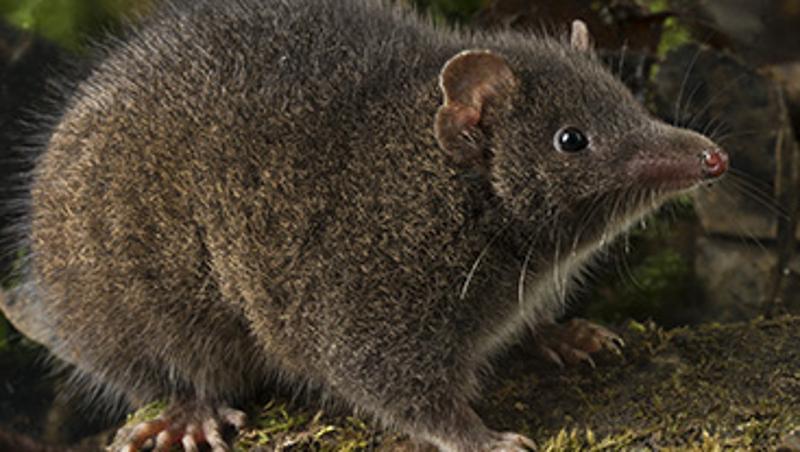 Queensland scientists have discovered two more species of suicidally-sexed carnivorous marsupials and one may already be destined for the threatened list.

Queensland University of Technology's (QUT) Dr Andrew Baker and his team have named two new species of Dusky Antechinus. One new species was discovered in remote, south-eastern Tasmania and another mainland form was raised to species status.

The team has now discovered five new species of antechinus in the past three years, a 50 per cent increase in diversity within this long-known genus of Australian mammals.

However, the researchers believe some of the new antechinus are already under threat from climate change, feral pests and habitat loss.

"We discovered the Tasman Peninsula Dusky Antechinus not far from the old European settlement town of Port Arthur in Tasmania," said Dr Baker, a mammologist from QUT's Science and Engineering Faculty.

"Most of its apparently limited habitat falls within state forest, in stands of regenerated wet eucalypt forest.

"Uncovering new mammals in developed countries like Australia is pretty rare and the fact we've found even more antechinus species hints at the biodiversity jewels still waiting to be unearthed.

The team's latest discoveries have been published in the peer-reviewed journal Memoirs of the Queensland Museum - Nature.

Dr Baker has already sought to have two of his previously-discovered Queensland antechinus put on the state's threatened list, the Black-tailed and the Silver-headed Antechinus.

"Both these species are found on remote mountaintops in south-east Queensland. They each possess perhaps the smallest distributions of any Australian mammal, just a few square kilometres.

"These species have already retreated to their misty mountain summits - in the face of ongoing climate warming, they have nowhere left to run."

Every year, all antechinus males fight ferociously for sex - then die.

"The breeding period is basically two to three weeks of speed-mating, with testosterone-fuelled males coupling with as many females as possible, for up to 14 hours at a time," he said.

"Ultimately, the testosterone triggers a malfunction in the stress hormone shut-off switch; the resulting rise in stress hormones causes the males' immune systems to collapse and they all drop dead before the females give birth to a single baby.

"This yearly male suicide mission, which halves each antechinus population, means the mums have enough spiders and insects to eat while they raise the next precious generation. But the future of each species is entrusted to the mothers alone.

"Nine in 10 Australian mammal species are unique, yet they are vanishing before our very eyes.

"In a country with the worst mammal extinction rate anywhere on earth, Australia is in the midst of unprecedented loss of its biological treasures.

"Millions of native mammals likely fall victim every night to feral cats alone. Other introduced ferals, such as European foxes and poisonous cane toads, account for the deaths of millions more.

"These threats, together with global warming, fires and habitat loss, may cause local population extinctions of our unique mammals almost weekly."

The researchers will be seeking extra funding to conduct further crucial research on these iconic yet mysterious mammals, including mapping their true geographical range, identifying measures that could help protect them and searching for as-yet undiscovered antechinus species.