QUT mathematicians from the ARC Centre of Excellence for Mathematical and Statistical Frontiers applied financial risk management theory to the study of biological population dynamics to better understand an emergent ‘cellular hedging’ strategy that maximises the expected growth rate of bacteria and other microorganisms. 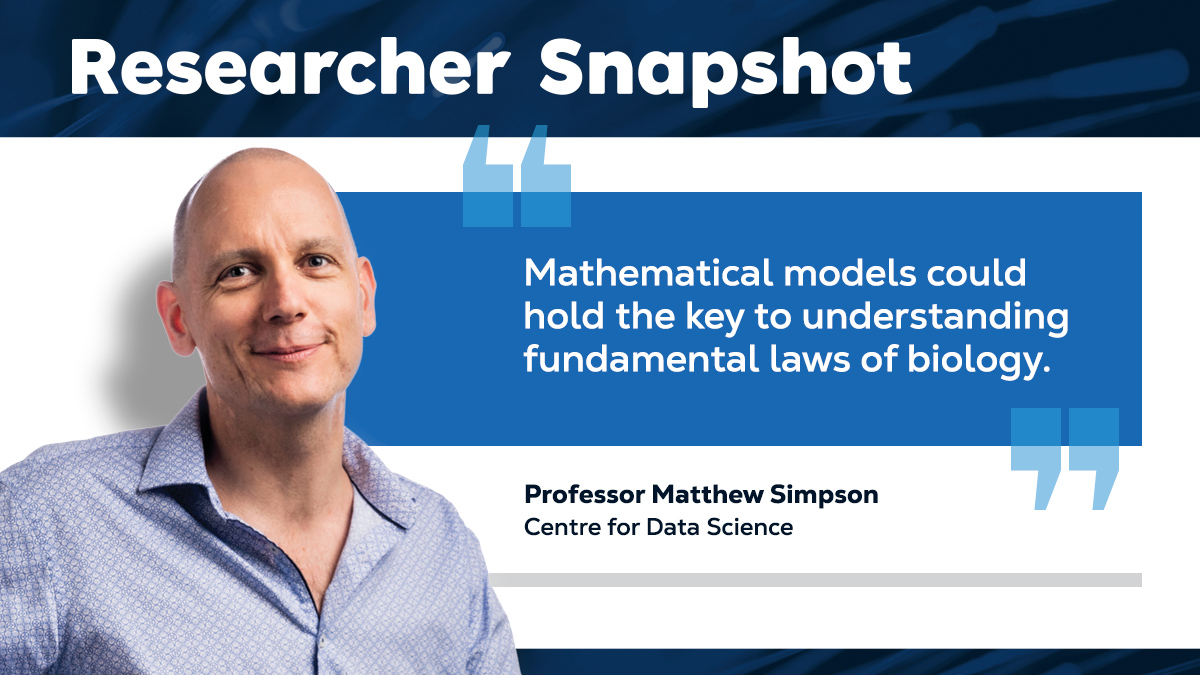 QUT mathematician Professor Matthew Simpson said bacteria invested in ‘persisters’, a slow-growing subpopulation, to ensure their survival in the face of uncertainty and volatility.

“The cellular hedging strategy of bacterial persistence is a major contributor to antibiotic resistance and is responsible for the incurability of common infections,” Professor Simpson, from the QUT Centre for Data Science, said.

“While most cells are growing and dividing, a tiny proportion of the bacteria population – perhaps only one in a million – become persisters and lie dormant until needed to re-establish the population after an adverse environmental event, such as antibiotics.

“Persister-like strategies are also found in some cancer cells and viruses, which helps explain remission, recurrence and how viruses can stay inactive in the body for years.

“These dormant cells are often overlooked due to their scarcity but must be taken into account before clinical interventions.

“With a better understanding of how biological systems adapt to uncertainty we can help combat antibiotic resistance and find new, adaptive, therapeutic interventions.”

“We applied cross-disciplinary ideas from mathematical finance to the problem of persister cells in biology. Our tools can simulate bacteria persistence under mathematical models of truly volatile environments.

“In the financial model, for example, investors allocate a fraction of their wealth to a high-yield but volatile asset, such as stocks and a low-yield stable asset, such as government bond just as bacteria have evolved mechanisms to allocate cells from their total population to remain proliferative but susceptible to volatility, and some to be persisters,” he said.

“A key result of the direct comparison between bacterial persistence and the financial problem is that, for a simple model of environmental volatility, the bacteria only need maintain a constant proportion of persisters to maximise their growth.

“This is significant because the cell population cannot directly control the proportion of persisters, unlike a financial investor, even though cells can display behaviour which makes us think that they are acting in an intelligent way.

“This model of cellular hedging has clinical significance and could be applied to improve the efficacy of antimicrobial therapies.”

PhD researcher Alexander Browning said the model opened the way for experimental studies where bacteria could be repeatedly exposed to a volatile environment to gain insight into how bacteria adapt to a form of uncertainty that could be quantified.

“Our framework could then predict both the emergent strategy and how the bacterial population might behave when exposed to interventions such as antibiotics," Mr Browning said.

“Further mathematical analysis on models of environmental volatility could aid experiment design by revealing which environmental features have the largest effect on persister strategies.

“For example, we expect different responses to environments where change occurs gradually over time, compared to where changes are due to shocks.”

“Persistence as an optimal hedging strategy” was published and featured on the cover of the January 5 issue of Biophysical Journal.