Rock star scientist on a mission to Mars 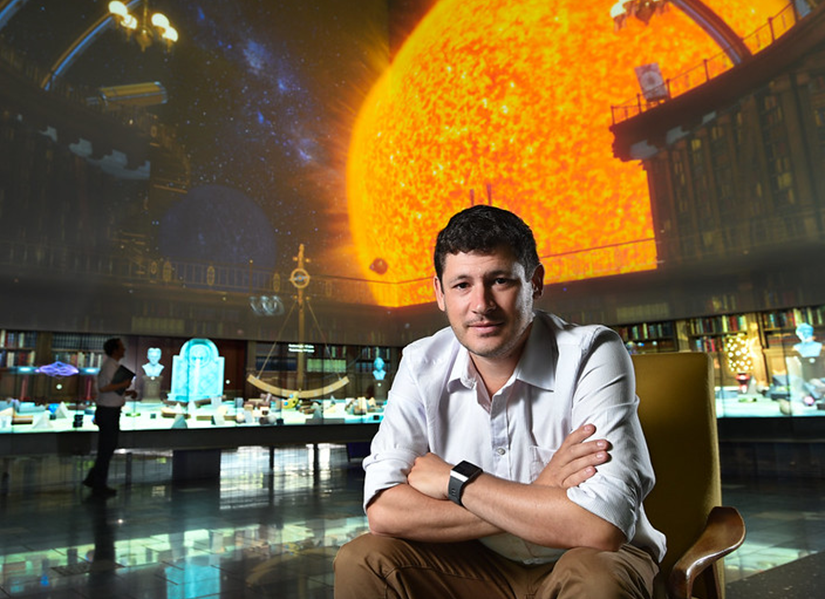 Dr David Flannery’s STEM career rocks, literally. An Adjunct Professor at QUT in Brisbane – he is also a key member of NASA’s science team working on the Mars 2020 Perseverance Rover mission. The rover is more than halfway along its seven-month, 480-million-km journey to Mars and is due to land in February 2021.

David is using his geology, palaeobiology and astrobiology expertise to decide which Red Planet rocks the rover will collect and analyse. He is also mapping out the path that the rover will take across the Martian surface to get to those rocks. The rover needs to get the most useful scientific knowledge it can during its time on Mars, so choosing the right rocks to study is crucial.

“What’s also exciting is that some of the rocks this mission samples will be the first to be transported to Earth,” says David.

“We will find them and collect them on this mission, then future missions will transport them here. The rovers can already do amazing in-situ science on Mars itself but if we want to really understand the planet’s past and present, we need to analyse those rocks here on Earth.”

Do what you love

David also helps work on one of the instruments on the Perseverance Rover’s arm: the planetary instrument for X-ray lithochemistry, or PIXL for short. PIXL is an X-ray fluorescence spectrometer and high-resolution imager which maps elements to help tell us what Mars is made of. PIXL is led by QUT alumnus Dr Abigail Allwood, who is based at NASA’s Jet Propulsion Laboratory in California.

“QUT has a very exciting role to play in the mission,” David says. “We hope to participate in NASA operations and contribute to the science because that’s what we really have to offer.”

Not only is David flying high with his research scientist career, he’s also doing what he’s passionate about! “What I do is a huge amount of fun and if it wasn’t fun I wouldn’t do it,” he says. “It might sound cheesy but if you follow your interests you’ll be good at it and you’ll apply yourself well.”

David also says the pathway to the right career may not be straightforward. “To be honest, I had no master plan when I was younger but I studied things that interested me. I had a bit of a meandering journey through a variety of fields to where I am now.

David’s study and career pathway to becoming a research scientist

David is a space scientist with broad interests in the fields of astrobiology, geology and sustainable development. He is a key member of NASA’s science team working on the Mars 2020 Perseverance Rover mission