Current student scholarship
If you're passionate about water conservation and management, this scholarship can help you pursue your future career in the water sector.

You'll receive $5,000 for one year to assist with study expenses. The scholarship will be paid as a stipend in Semester 1, following confirmation of your enrolment after the census date.

You must be enrolled in your third or fourth year of full-time undergraduate study in one of these courses in Semester 1, 2022:

To apply for this scholarship, you must be either:

You need to complete and submit the online application form, including a copy of your academic record from the HiQ site, by the closing date.

Our selection panel will allocate the John F Lynch Memorial Scholarship based on information provided in the applications. Interviews won't be conducted.

If your application is successful, we'll notify you via phone and email. During your scholarship, you'll be required to:

If your application is unsuccessful, we'll notify you via email.

John Frederick Lynch, an alumnus of QUT, grew up with a determination to succeed. He was raised from the age of three in a single-parent family following the death of his father from wounds received in World War I.

A keen sportsman, John played club cricket and was an enthusiastic member of the Glebe Rowing Club.

When World War II broke out, he lied about his age and joined the RAAF as a radio operator. He saw action in New Guinea but returned to Australia seriously ill from malaria and blackwater fever. After making a full recovery, he joined the Merchant Navy and travelled the world.

When war ended, he joined the ABC's radio service in Sydney before moving to Brisbane to work with the Main Roads Department, studying at night at Central Technical College (QUT) for a civil and structural engineering degree. He then joined the Irrigation & Water Supply Commission as an engineer and worked on a wide range of projects.

Leaving the Government to form his own building company, he went on in 1958 to establish a consulting engineering practice specialising in structural and civil works. It was in this practice that he began to train large numbers of architects and engineers, an interest that remained with him throughout his life. John has been responsible for the design and construction of a wide range of civil works, office buildings, warehouses, shopping centres and such iconic structures as the public grandstand at Doomben racecourse.

He was also the driving force behind the creation of the Eumundi Brewery which included choosing the site for its proximity to good water.

Despite an extremely busy career, he was an accomplished poet, had a black belt in karate, became a qualified acupuncturist, and studied philosophy at night. He was also a writer of science fiction as well of children's books.

As an alumnus of QUT, he retained a strong involvement with the university's developments and maintained contact with the faculty's full range of research and commercialisation programs. 'As a mature-aged student with many bills, commitments and responsibilities, this scholarship has provided invaluable financial assistance, enabling me to better focus on my studies.'

'As a mature-aged student with many bills, commitments and responsibilities, this scholarship has provided invaluable financial assistance, enabling me to better focus on my studies.' Being awarded the John F Lynch Memorial Scholarship has lightened my financial burden which allows me to focus on the most important aspect of the university, learning and growing. The achievements of John F Lynch in civil works and his eagerness to help others with kind-heartedness will continue to inspire me. 'I grew up in place where accessing clean water was difficult, and I've always wanted to work in a water or waste water organisation. I believe that this scholarship will help me achieve what I have always dreamt of.' 'I'm excited to pursue my passion in sustainable water management, water scarcity, and flood management, and I will strive to give back the support I have received to future generations. This support will relieve tuition and residential fees which have affected my study time and resources.' 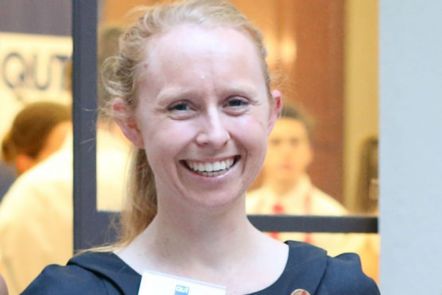 'This scholarship made a huge difference to me. I was able to cut down the amount of work hours I was doing while completing university, to devote more time to studying, and my daughter and husband. Eventually, I would like to use the expertise I have gained to aid countries in the Oceanic region to develop sustainable management plans, to ensure development does not affect water resource supply and quality.'

Discover the right scholarship for you

Get just the information you want on courses, scholarships and events.