Current student scholarship
Honouring a Queensland leader of the electrical contracting industry through supporting the next generation of innovators in electrical engineering.

The successful recipient will receive up to $7,500 in annual instalments of $2,500 for up to a maximum of three years.

To be eligible for a Jack Baxter Middleton Memorial Scholarship, you must meet the following criteria:

To be eligible for these scholarships you must be a domestic student entering your second year of full-time study in 2022 in one of the following courses:

Students enrolled in one of the following double degrees in 2022 are eligible:

You’ll need to be entering the equivalent of your second year of an engineering course in 2022, majoring in either:

Students with prior experience in an electrical trade, VET sector qualification or relevant work experience, who also meet the above criteria, are encouraged to apply.

By the closing date, Sunday 13 March 2022, you need to complete and submit the online application form.

Your application should include the following attachments:

Assessment will be based on a combination of academic achievement, demonstrated leadership skills and qualities, and demonstrated interest and aspirations in electrical engineering as a chosen profession.

Shortlisted applicants will be interviewed in April 2022.

The successful applicant will be notified in April 2022 and will be required to:

Jack Baxter Middleton MBE was a distinguished leader of the electrical contracting industry in Australia.

By the time he retired in 1984, Jack and his father had, between them, provided more than 70 years of devoted service to the electrical trades.

In 1940 Jack commenced his five-year apprenticeship with Norman Bell & Co (later part of GEC and subsequently, O’Donnell Griffin) – at the time Jack’s father was an electrician with Hornibrooks.

In July 1945, Jack started his own business from ‘under the house’, and in 1946 he formed a partnership with Lionel Kennedy, who he had met whilst they were both completing their apprenticeships. The partnership between Jack and Lionel created one of the great names in the history of electrical contracting in Queensland – Kennedy and Middleton. Over 30 years the company grew to be a substantial force in Queensland’s electrical contracting industry.

A 1979 merger with Barker and Taylor created Kennedy Taylor, a national contractor with multiple branches and manufacturing facilities in Brisbane, Melbourne and Sydney. The company was a substantial employer and trainer of apprentices.

Jack retired from Kennedy Taylor in 1984 and, at a testimonial dinner arranged for him at the Brisbane Club in July of that year, he was honoured by his colleagues and peers for his lifelong contributions to the electrical trades industry. In the Queen’s Birthday Honours List in 1986, Jack was made a Member of the Order of the British Empire (MBE) for his contribution to the electrical contracting industry.

Jack died in November 2013. At the event organised by Jack’s family to celebrate his life, a long retired electrician who Jack had nurtured as a young apprentice more than 50 years before, was heard to say, “Jack was a great mentor during my time as an apprentice, and he was the best boss I ever had”.

QUT was delighted to welcome Jack’s wife, Mrs Phyllis Middleton, to officially present the first three scholarships in her husband’s name to Somayeh Hussaini, David Mason, and Gilbert Wegener (2017-2019). Three months after presenting the 2019 scholarship to Gilbert, Phyllis sadly passed away on 29 July. Her memory will be honoured, along with Jack’s, through the future presentations of the Jack Baxter Middleton Scholarship. I am sincerely thankful to have been chosen for the 2020 Jack Baxter Middleton scholarship. Being considered worthy of this scholarship in the name of an individual as incredible as Jack is an honour I will carry throughout my career and life.

I am sincerely thankful to have been chosen for the 2020 Jack Baxter Middleton scholarship. Being considered worthy of this scholarship in the name of an individual as incredible as Jack is an honour I will carry throughout my career and life. I found the third semester the most challenging yet. Despite the high workload, I was able to maintain my grade point average of 7.0. The confidence and motivation the scholarship provided me has had an invaluable contribution toward this mark. Help to focus on studies

'I aspire to be a future leader in the Electrical Engineering Industry. The generosity of the Middleton family through this scholarship means that I will better be able to focus on my studies knowing that I have this support behind me.' 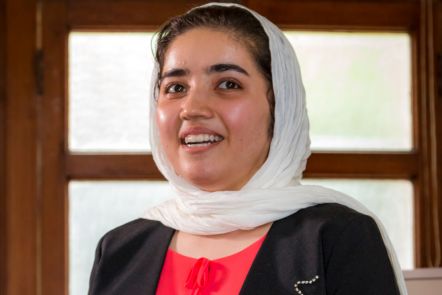 ‘I have become more motivated than before to excel in Mechatronics Engineering because I know that the Middleton family’s support can help me to make a positive change to the world around me. By receiving this scholarship, I can now focus more on my studies and participate in more extra-curricular activities to enhance my skills.’ 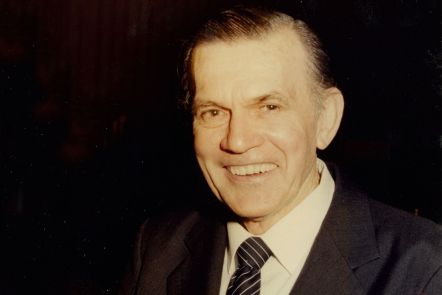 The family of Jack Baxter Middleton MBE has established this scholarship in his name to honour his memory and his lifelong commitment to education and training, and to foster the education of future leaders of industries related to electrical engineering.

Discover the right scholarship for you

Get just the information you want on courses, scholarships and events.