School of Chemistry and Physics 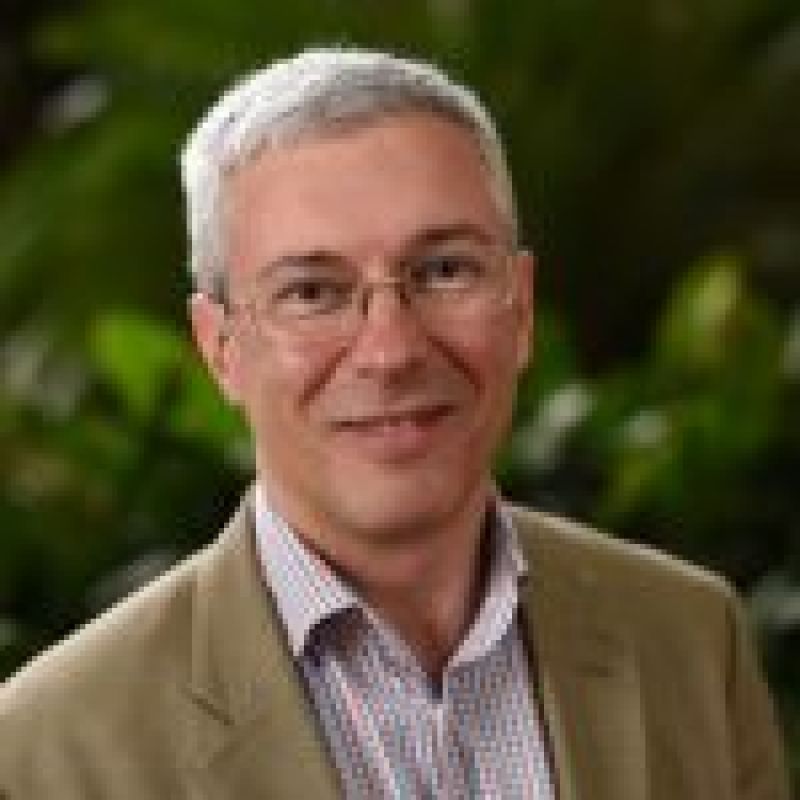 In his 1871 'Theory of Heat', James Clerk Maxwell introduced a fictitious being who can violate the second law of thermodynamics by following the trajectory of every molecule within a gas.

The being, later dubbed 'Maxwell's Demon' by Lord Kelvin, would operate a small trapdoor in a partitioned container to allow hotter and colder molecules of the gas to pass to opposite sides of the container. The Demon would be able to raise the temperature of the gas in one half of the container and lower it in the other half, while expending a potentially negligible amount of work. This is prohibited by the second law of thermodynamics.

The description of the 'demon' barely occupied a page in Maxwell's book. Some scientists argue that this was never meant to be taken seriously. If this is true, then 'Maxwell's Demon' has become one of the most famous unintended physics ideas of all time as it happened to illustrate deep relationships between statistical physics, thermodynamics, classical mechanics and then quantum mechanics.

Over the following approximately 150 years, physics literature has seen dozens of scientific papers (including by several Physics Nobel laureates) exploring 'Maxwell's Demon', as well as its implications for some of the fundamental concepts of Physics such as thermodynamic irreversibility or entropy.

While Maxwell's original "demon" was entirely hypothetical, modern technology potentially allows such a creature to be emulated to some extent (albeit without the knowledge of the full trajectory of every individual molecule).

The aim of this project is to create interactive software simulating such a process in a physically realistic way. This can include:

The goal is to create an interactive, user-controlled learning tool that would enable future students to explore the interface between statistical physics, thermodynamics and classical mechanics.

In this project, you will learn about molecular simulations and deepen your understanding of statistical physics. You will also further develop your programming skills.

To be considered for this research, you should have prior experience with one of the common programming languages.